Parents get married at hospital to honor preemie son 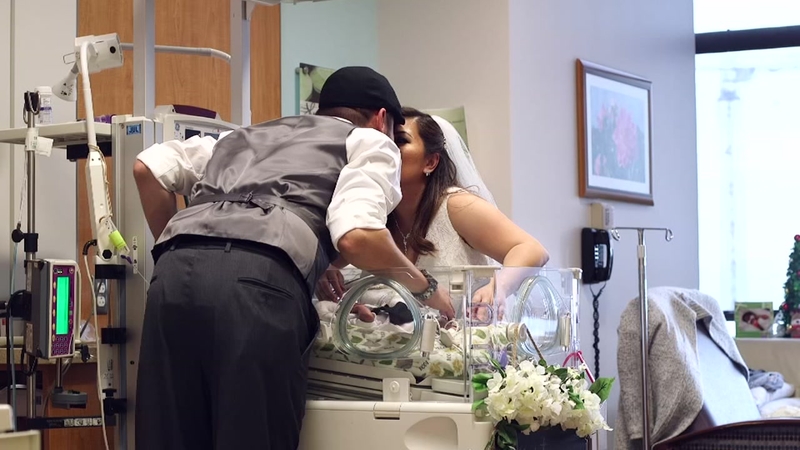 The chapel at Texas Children's Hospital was home to a hopeful, joyous celebration on Sunday afternoon as the parents of a NICU patient who was born prematurely were married.

Lilly Nguyen and Phil De Carlos' son Lucas was born in October, only 24 weeks into Nguyen's pregnancy. He weighed just over one pound, and has been in the NICU ever since.

In December, De Carlos proposed to Nguyen by outfitting Lucas with a special bib decorated with symbols of marriage and the words, "Will you marry my papa?"

Instead of waiting, the couple decided to marry in the hospital so that they could involve Lucas in the ceremony.

"You live everyday like there's no tomorrow. We want him to be part of our special day, we want Lucas to look back and through all this pain, stress and struggle, I want him to see that there's still something good that came out of it," Nguyen said.

After the wedding, the newlyweds and Nguyen's three other children visited Lucas in the NICU.