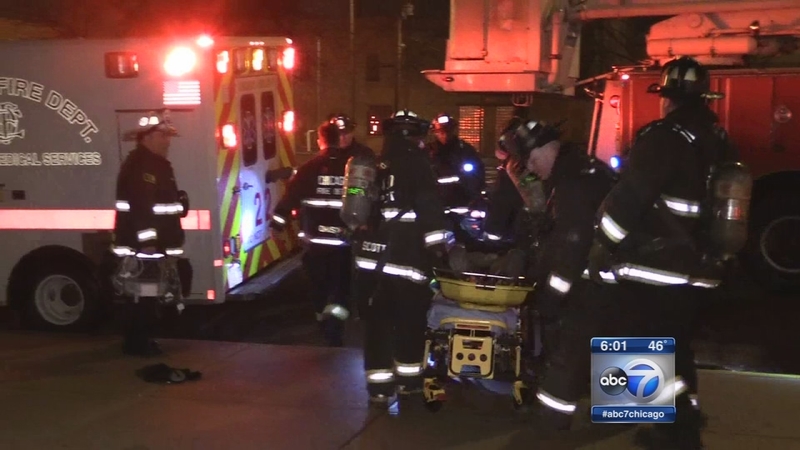 CHICAGO (WLS) -- The Department of Buildings inspectors say they discovered unauthorized work was being performed at the site of a warehouse fire where a Chicago firefighter died Monday, including complete removal of the elevator and other structural alterations.

City inspectors say the elevator in that old building was being dismantled, but because the work was underway illegally, without a permit, there were no safety barriers up, barriers that the fire department believes would have saved Capuano's life. City officials now say had the elevator work been permitted, authorities would have required safety protection around the open shaft.

Maneuvering through thick smoke on the second floor, investigators say 15-year fire veteran Capuano had no warning that there was an open elevator shaft. City inspectors say the warehouse on South Baltimore had no permit for the removal or demolition of the elevator and no permit for other structural alterations.

An attorney for building owner Jay Patel disputes the city's allegations, denying work was being done on the elevator and denying any work was underway requiring permits.

Patel is "absolutely distraught" because of what happened, according to his attorney.

But city inspectors tell the I-Team records show permits were issued in September to one of Patel's employees for minor drywall and electrical work, but no permits for work on the elevator shaft where Capuano died.

Fire department spokesman Larry Langford says there were no protective barriers securing the elevator shaft and that if there had been, Capuano wouldn't have fallen.

An investigation is underway to determine the origin of the fire itself, in the middle of the night in an unoccupied building.

Fire department officials say they may not have all of the forensic test results back until the end of this week. The Department of Buildings is completing a full inspection of the warehouse and says any violations discovered will be referred to Circuit Court for prosecution.