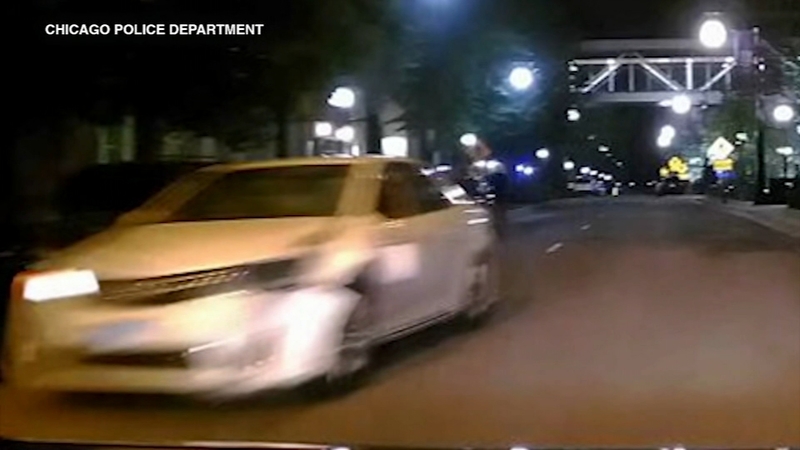 CHICAGO (WLS) -- A man was killed in a hit-and-run crash in the River North neighborhood Monday morning, Chicago police said.

The 43-year-old man was crossing the street at about 1:56 a.m. in the first block of East Ohio Street when police said a white Toyota Camry traveling eastbound hit him.

He was transported to Northwestern Memorial Hospital, where he was pronounced dead. Authorities have not released the victim's identity.

The driver of the Camry fled in an unknown direction and is not in custody, police said.

"I was walking down the street, I heard a loud crash, so I ran to where it was at just to see if I could maybe help with the car crash or something, but I didn't see a car, I only saw a person on the ground," said Jamal Morris, witness.

There are several security cameras at the intersection. Police said the Camry, possibly a 2012 or 2014 model, will have front-end damage on the driver's side, as well as a damaged side-view mirror. It was last seen traveling southbound on Lake Shore Drive from Grand Avenue.