Father pretends to have adorable 'conversation' with infant son 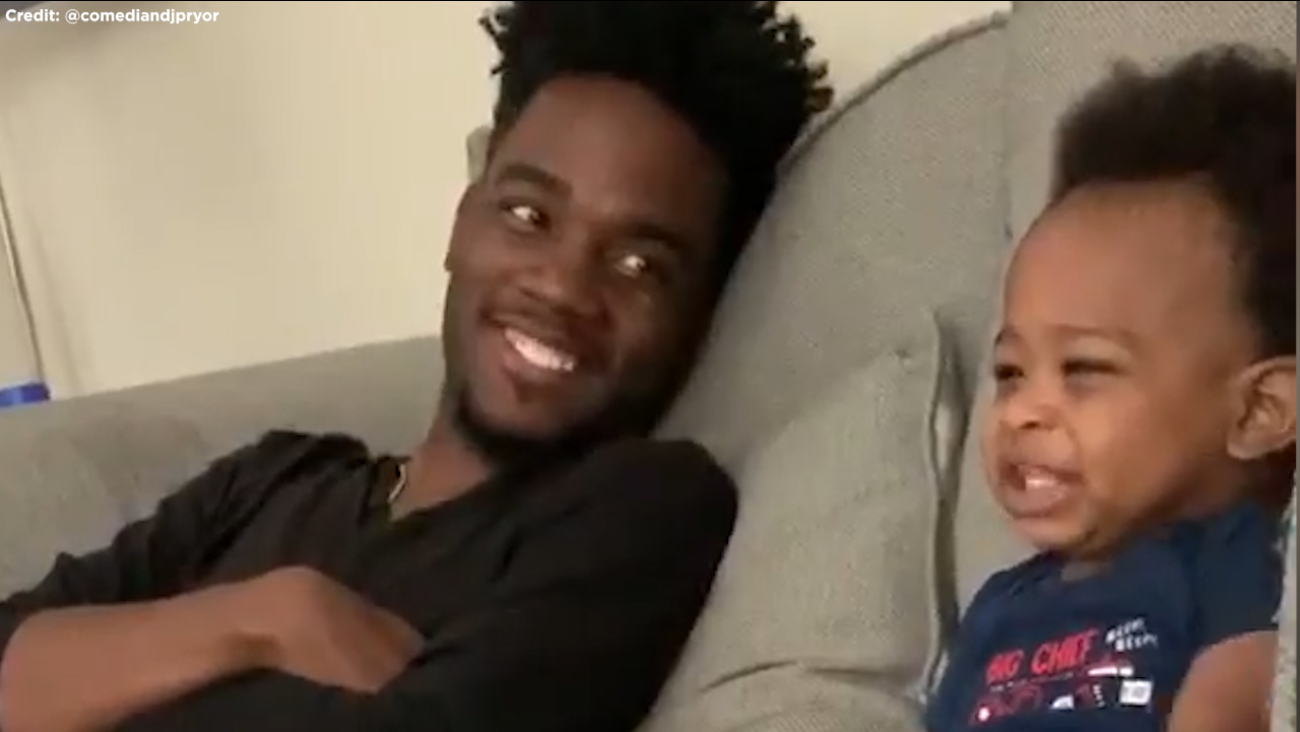 A father and his infant son have gone viral after an adorable video surfaced of the two pretending to have a "conversation."

The video, which was uploaded to Facebook by the toddler's mother, Shanieke Pryor, shows the toddler, who cannot speak, having a full conversation with his father.

Despite the toddler's babbling, his father Deztin Pryor, attempts to communicate with him.

"They need to work on that, right?" Deztin said.

"Yea," the toddler responds while pointing his finger to the television screen.

Deztin continues the conversation by asking his son if he saw something on the TV.

The toddler responded, "No," before continuing his sentence in baby-talk.