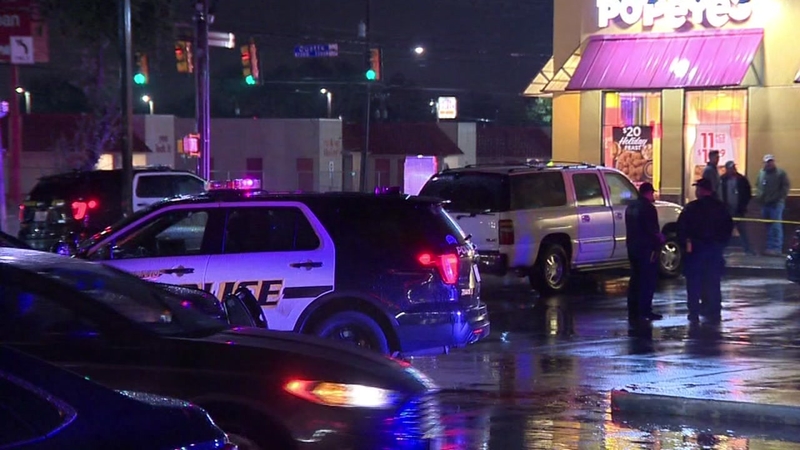 SAN ANTONIO, Texas -- A man is dead after police say a father shot and killed him for threatening his family inside a Popeye's Chicken restaurant in San Antonio.

Police say the robber approached the father around 8:30 Wednesday night while he was waiting for his kids to leave the bathroom.

That's when the robber pointed his gun at the family.

The father pulled out his own gun and killed the robber in the middle of the dining area.

Police say the father is a licensed carrier. He is not facing any charges.