The senators released the proposal at a time when the price of gas is roughly $3.45 a gallon nationwide.
ABCNews
By Benjamin Siegel 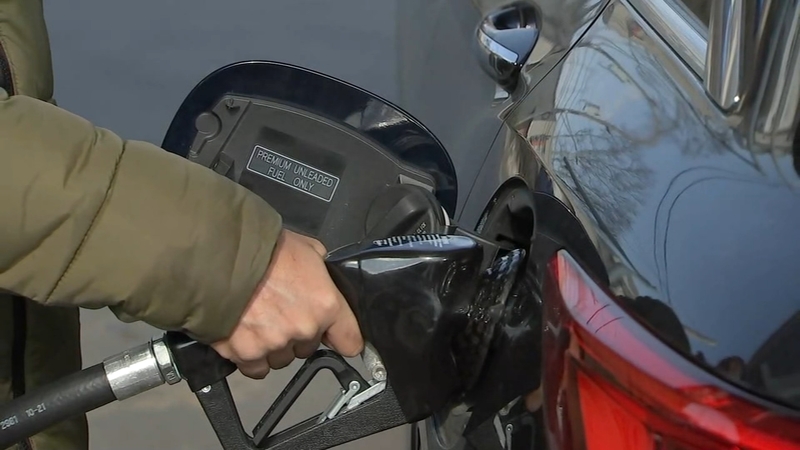 Gas prices 2022: AAA shares tips to help you save at the pump

WASHINGTON -- Two Senate Democrats up for reelection proposed a bill on Wednesday to temporarily suspend the federal gas tax through the end of 2022, as millions of Americans grapple with the economic impacts of surging oil prices.

The Gas Prices Relief Act from Sens. Maggie Hassan, D-N.H., and Mark Kelly, D-Ariz., would suspend the $18.4 cents per gallon federal gas tax through Jan. 1, 2023, according to a summary of the proposal shared with ABC News.

The senators, who are both on the ballot in November, released the proposal at a time when gas is roughly $3.45 a gallon nationwide, about $1 more expensive than a year ago, according to AAA.

"Arizonans are paying some of the highest prices for gas we have seen in years and it's putting a strain on families who need to fill up the tank to get to work and school," Kelly said in a statement."This bill will lower gas prices by suspending the federal gas tax through the end of the year to help Arizona families struggling with high costs for everything from gas to groceries."

"We need to continue to think creatively about how we can find new ways to bring down costs, and this bill would do exactly that, making a tangible difference for workers and families," Hassan said in a statement.

At least four other Democrats, Sens. Debbie Stabenow of Michigan, Catherine Cortez Masto and Jacky Rosen of Nevada, and Raphael Warnock of Georgia have already signed on as co-sponsors of the measure. (Cortez Masto and Warnock, like Hassan and Kelly, are up for reelection in the fall.)

Grocery store prices will probably stay elevated, according to economists, continuing a trend that has contributed to the high cost of living.

With inflation at a nearly 40-year high and Americans frustrated about the rising cost of many staples, Republicans have seized on the issue of gas prices as they try to retake the House and Senate in the midterms, pointing to the Biden administration's economic agenda.

Around the country, Democratic and Republican governors have proposed their own changes to state gas taxes ahead of the summer -- by either freezing state gas tax collection or stopping planned increases from taking effect.

The Biden administration in November released 50 million barrels of oil from the Strategic Petroleum Reserve to help fight high gas prices before the holidays.

Cold weather and the possibility of sanctions against Russia over a potential invasion of Ukraine have both played a role in keeping the price of oil high, according to AAA.

Despite inflation, the Biden administration has touted the latest job numbers, arguing that the stronger-than-expected addition of 467,000 jobs in January signaled that the economy is weathering the pandemic as the latest wave of COVID-19 recedes.