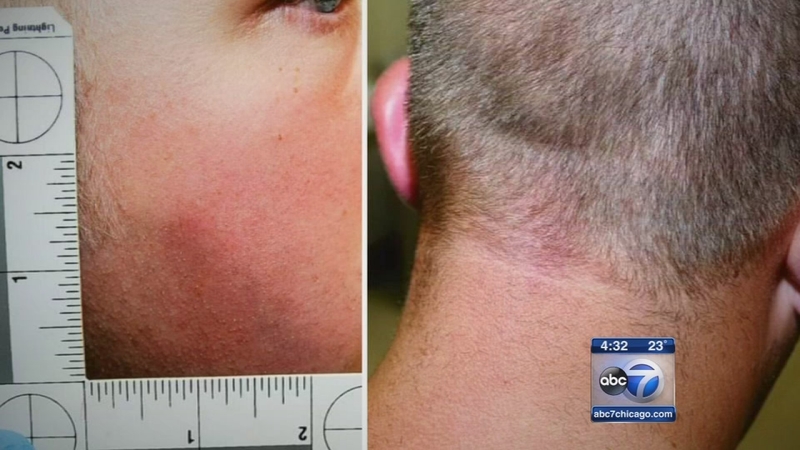 CHICAGO (WLS) -- More than 1,000 pages of grand jury documents were released Monday, including Officer Darren Wilson's full testimony, in which he described the scuffle in his patrol car with unarmed teen Michael Brown.

The evidence that the grand jury considered before coming to their decision included 60 witnesses and 70 hours of testimony - a good bit of it conflicting. Critics have said this particular grand jury didn't get the direction that prosecutors normally apply and that it became a huge information dump filled with contradictory testimony. But now, all that testimony is there for the public to read, including the account of police officer Darren Wilson.

Post-incident pictures show Darren Wilson with a reddened cheek, and a mark on the back of his head. Wilson claims that Michael Brown reached into his squad and forcefully struck him several times. As Wilson grabbed Brown, he told grand jurors, "I felt like a 5-year-old holding onto Hulk Hogan", and that Brown's face was "like a demon."

"Get back or I'm going to shoot you" is Wilson's command after which there was a struggle for the gun with Brown reaching inside the squad. Wilson claims there were several misfires, then the gun went off twice hitting Brown in the hand. Forensic evidence does show Brown's DNA on Wilson's weapon and also his shirt. The fatal shots come after Wilson exits his squad to chase Brown.

"I think there'll be a lot of critical questions never answered. What happened? How far away were they when the fatal shots were fired?" said Ron Safer, Schiff-Hardin, former prosecutor.

Officer Wilson said he ordered Brown to stop, get on the ground. Brown turned, but instead of complying, Wilson says, "he starts running at me." Wilson, fearing for his life, fires the first of several rounds, says he "started backpedaling," Brown keeps coming, and Wilson keeps shooting.

"When you have no weapon whatsoever and both hands are clearly visible. What exactly is the rationale for fearing for your life?" said Prof. Leonard Cavise, DePaul professor emeritus.

Cavise wonders why an unarmed man who is shot, supposedly running, would abruptly turn, and charge an officer with gun in hand, unless the former is on a suicide mission. Forensics show Brown was shot from the front, witness accounts differ as to whether he was charging.

"Was the officer safe from this or did he reasonably fear for his life?" Cavise said.

That is a fundamental question the grand jurors no doubt considered, and their "no true bill" suggests they concluded Officer Wilson's use of deadly force was justified.

Professor Cavise, though, is among those critics who believe that Wilson's actions were questionable enough to establish probable cause that he committed reckless conduct, and that prosecutors fumbled by not pursuing that.