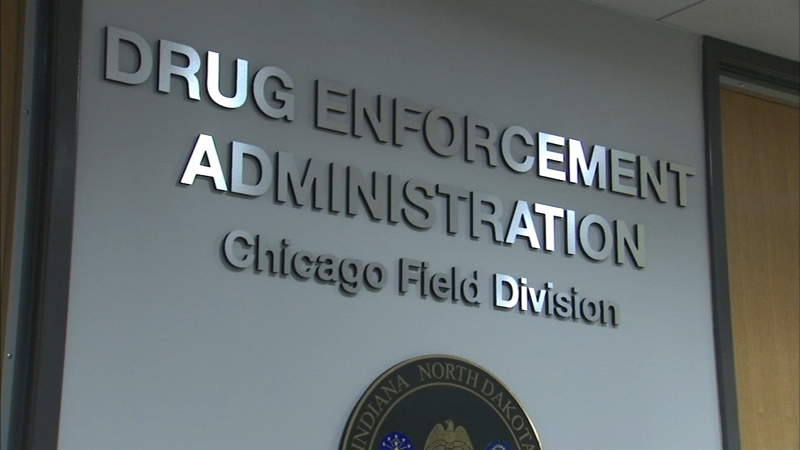 A U.S. Drug Enforcement Administration agent in Chicago is in federal custody, held without bond Tuesday on charges that he took part in the crimes he was supposed to be preventing.

Fernando Gomez, 41, is one of ten people named in a federal indictment unsealed in the Southern District of New York. Gomez is charged with his alleged participation in a conspiracy to distribute cocaine and possession of firearms.

He began work as an Evanston police detective in 2004, departing in October, 2011 to work at the DEA.

Gomez joined the U.S. drug enforcement agency to help the Puerto Rico drug conspiracy that he had started working for while an Evanston cop, authorities said.

The case involves a ruthless Puerto Rican drug gang known as La Organizacion de Narcotraficantes Unidos ("La ONU") "a racketeering enterprise involved in drug dealing and murders," according to federal investigators. The other members of La ONU were also charged with various racketeering, drug trafficking, murder, and firearms offenses. Several murders attributed to the drug gang are detailed in the indictment.

In arguing for his detention, assistant U.S. Attorney Abigail Peluso said that Gomez had been "using a position of power to evade law enforcement." If convicted, he faces a mandatory minimum of 20 years in prison and up to life behind bars.

Gomez's attorney Bob Rascia said that the conduct alleged in the charges happened in 2016 - and the original indictment has been superseded a number of times since then-all under court seal.

Evanston police did not immediately comment on the case involving one of their former decorated employees. Drug Enforcement Administration spokesperson Sharon Santiago told the ABC7 I-Team: "DEA takes all allegations of misconduct and wrongdoing very seriously. Particularly, when criminal allegations come forward, DEA aggressively pursues those allegations and fully cooperates with all investigating agencies. For additional information, we refer you to the U.S. Attorney's Office for the Southern District of New York."

Gomez also received a prestigious law enforcement award after joining the DEA. In 2016 he was in a small group of officers named as "Stars of Distinction" winners. The Crime Commission did not immediately respond to a request for comment.