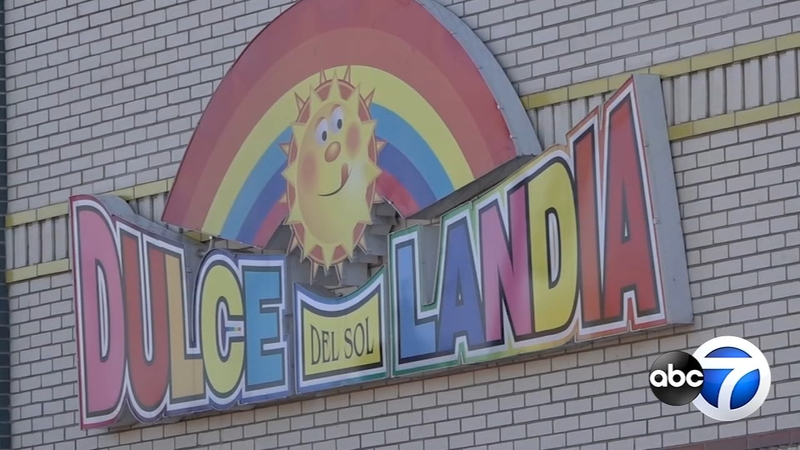 LITTLE VILLAGE, Illinois (WLS) -- The holidays are just around the corner and people are hitting up Dulcelandia in Little Village for their festive piñatas.
With over 200 different types of candy from almost every state of Mexico, Dulcelandia attracts hundreds of customers. Some come to reminisce.

"Here in Chicago we are very spoiled because we have a lot of Mexican products so you don't miss home. But it's very nice to come to this one specifically because it reminds me of my childhood," said customer Zacbe Pinchardo.

During the winter, the store's main attraction is their piñatas. In December, over 3,000 piñatas are shipped from five different Mexican states.

The Posada celebrations are the reason for the surge. Posadas are a re-enactment of Mary and Joseph's search for shelter in Bethlehem that starts December 16 and goes through Christmas Eve.

"It really is going back to the seven point star which represents the seven deadly sins and therefore we really as a culture represent the seven deadly points of the star. So when we break the star we're breaking out seven sins away," said Marco Rodriguez, vice president of the candy shop.

Dulcelandia, which means "candy land" in Spanish, first opened its doors in 1991.

The family owned business has four locations across the Chicagoland area, and a fifth is in the works.

Marco Rodriguez has been running the business since 2016. He shared that the sweetest part of the job is watching the store become a part of a new generation's childhood.