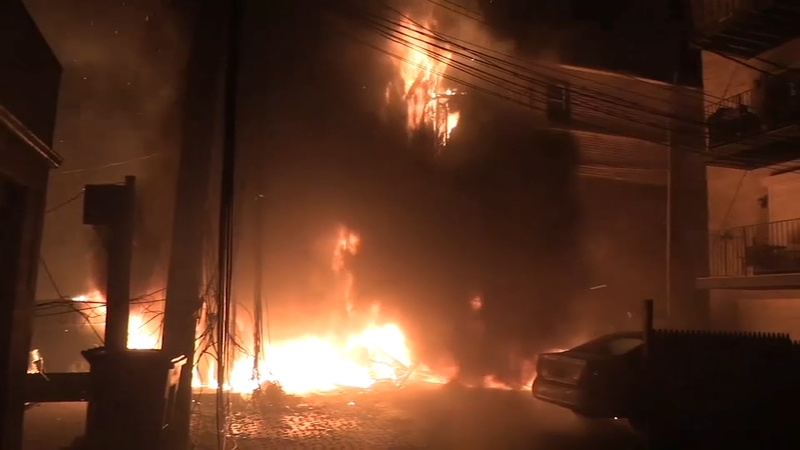 The fire broke out at about 2:25 a.m. in the 1500-block of North Hudson Avenue. Police initially said the fire was sparked by a transformer, but later said the fire may have started in a trash can.

The fire engulfed the alley, forcing residents to escape into the chilly street.

"I just see smoke coming in from the back," said Jared Nepomuceno. "I could barely see in there within a couple minutes. It's crazy."

Nepomuceno and his girlfriend jolted out of bed as the fire closed in on their 2nd story apartment.

Neighbors also ran outside after hearing popping noises they thought were fireworks or gunshots. Later, some suspected this was a transformer igniting.

"You could feel the heat from the room that the glass was really hot to the touch and as we were trying to get our stuff on and get together the heat was picking up in the room so we needed to get out immediately," said Jeremy Brongiel. "We were knocking on the neighbor's door trying to get them out and then we set off the fire alarm."

Residents returned to their units to survey the damage.

"It's unfortunate that we're probably going to have to move," said resident Kelsey Morgan.

One man said his apartment is unlivable with a hole in the brick wall.