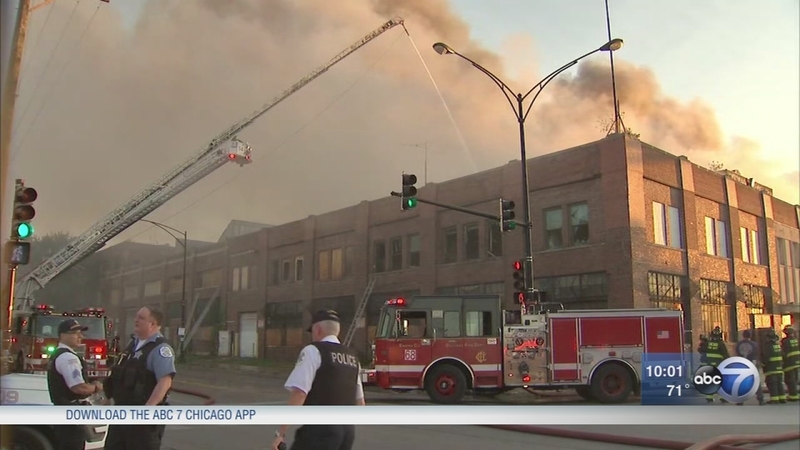 The blaze broke out around 7 p.m. at the intersection of North Austin Avenue and West Dickens Avenue. No injuries have been reported.

Flames shot from the roof of the massive structure. The fire department responded with dozens of pieces of equipment and 100 firefighters. They fought the blaze from above, pouring water down from ladder trucks.

Fire officials said they struck the fire at about 8 p.m. but remain at the scene to fight hot spots and any occasional flare-ups.

The circumstances surrounding the cause of the fire are unclear and firefighters have not been able to get into the building to investigate a cause. Fire officials said the factory has been vacant for years. The 300,000 square foot building is structurally unsound and neighbors said there have been numerous fires there in recent months.