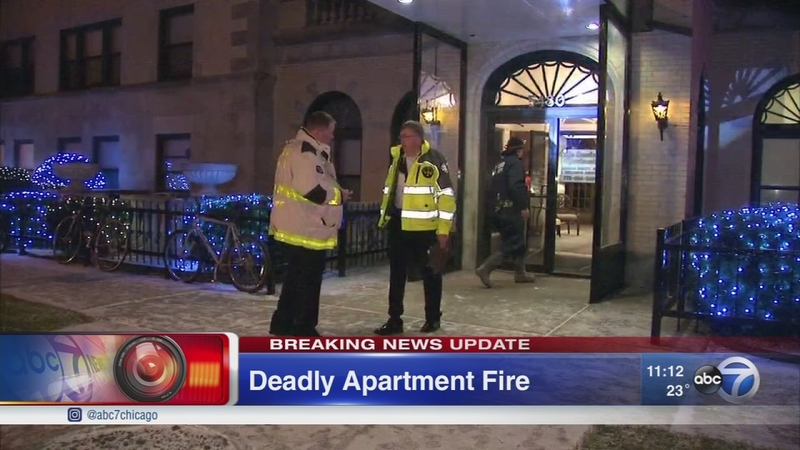 Firefighters said she was found near her couch. Part of a charred cushion could be seen on the ground outside the building.

People who live in the Carolan Apartments in the 5400-block of South Cornell Avenue heard the smoke alarm around 5 a.m. Thursday.

"I looked out the doors and there was a lot of smoke all over the floor. I saw some people walking through and I thought if they evacuate the building, I'll know," said Aaron Patawaran, a resident.

The fire was contained to the woman's apartment. No evacuations were necessary. However, the woman's living room was destroyed. Neighbors said she was wheelchair-bound and a heavy smoker.

"She was an elderly woman. There was a guy who used to come in here and take care of her every day, feed her and get her out the house, walk her around," said Benjamin Jenkins, another resident.

The fire was extinguished within 30 minutes at the apartment building, which is home to senior citizens and many University of Chicago students. Her neighbor said the woman was friendly.

"She was always friendly. Every time I saw her, she would say hi, how was my day," Jenkins said.

Fire officials said they don't suspect any foul play. The investigation is ongoing.

A source told ABC7 Eyewitness News that the blaze was caused by a burning cigarette.