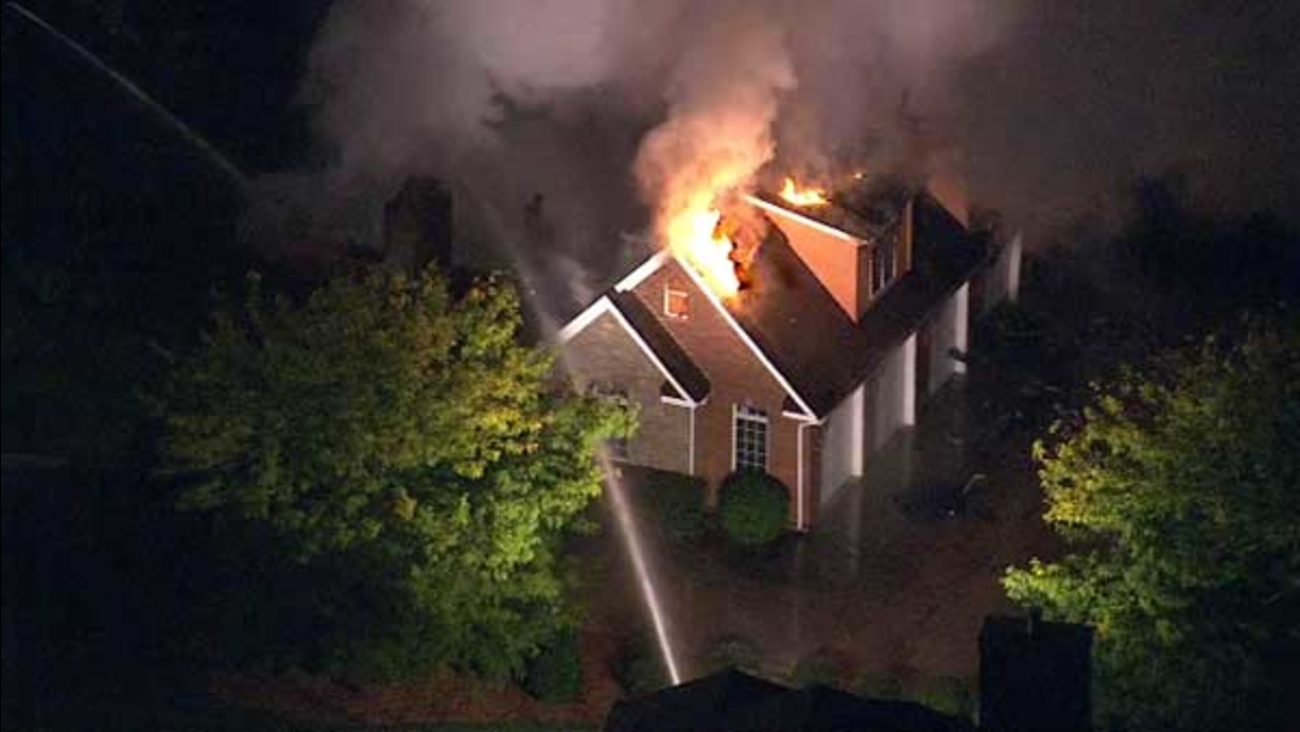 WLS
WADSWORTH, Ill. (WLS) -- A Wadsworth home burned to the ground after dozens of firefighters battled a four-alarm fire that fully engulfed the building.

Smoke could be seen from as far as two miles away, after the fire broke out shortly after 4:30 a.m. Wednesday near MacIntosh Court and Orchard Bluff Lane in the north suburb.

More than 20 companies from surrounding departments, including some from Wisconsin, extinguished the fire by around 7 a.m. Due to the home's remote location, firefighters had a hard time getting water to the scene.

The home, which was on the market, is expected to be a total loss.

No one was home at the time of the fire. No injuries were reported.

The fire chief said the blaze is not being called suspicious, but the cause is under investigation. 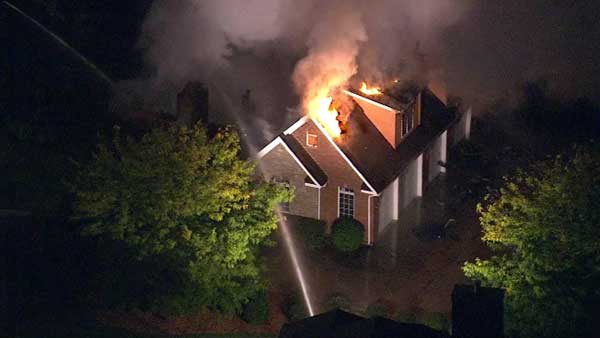 Fire engulfs Wadsworth home
Flames fully engulfed a 4,000 sq. ft. home near MacIntosh Court and Orchard Bluff Lane in Wadsworth. Smoke from the four-alarm fire could be seen from as far as two miles away.