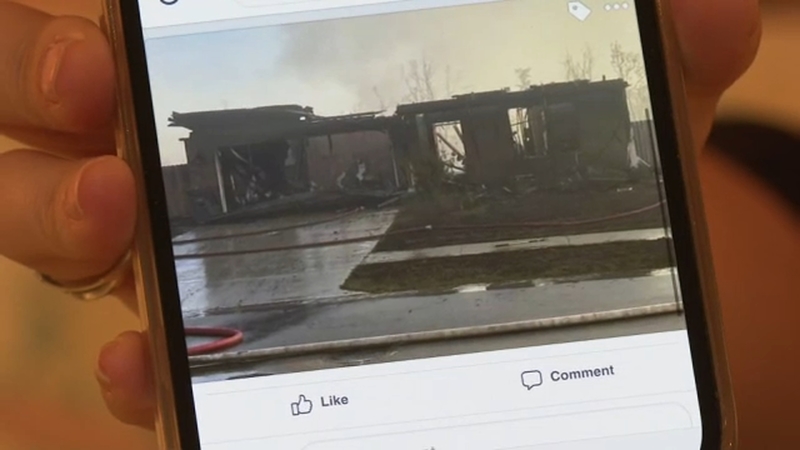 PANAMA CITY, Fla. -- A wildfire burning in the Florida Panhandle is threatening areas that were battered by Hurricane Michael in 2018, officials said, CNN reported.

The Bertha Swamp Road Fire swelled to more than 33,000 acres and is only 10% contained as of Wednesday morning, according to the Florida Forest Service. The fire, the largest currently burning in the panhandle, has moved through land that's covered by "thick, dry, and dead trees and vegetation left behind from Hurricane Michael," the agency said.

The powerful hurricane claimed the lives of at least 36 people across Florida, Georgia, North Carolina and Virginia in 2018 after making landfall as a Category 5 storm.

"It's the storm that keeps on giving and giving," Florida's Chief Financial Officer Jimmy Patronis said Tuesday. "It's like a ghost, we can't get rid of the damn thing. If you look at the path of the storm that it has taken when it hit here in October of 2018, it's the exact same path the fire is taking."

The Bertha Swamp Road Fire was sparked in Gulf County and spread to Bay and Calhoun counties just east of Panama City, a popular tourist destination, fire officials have said.

Gov. Ron DeSantis activated a state of emergency in all three counties.

Light, steady rain is expected on Wednesday and will reduce the heat and intensity of the Bertha Swamp Fire and allow better access to firefighters.

Over the weekend, the fires forced nearly 1,100 homes to be evacuated, though all evacuation orders for the Adkins Avenue and Star Avenue fires have been lifted.

The Broad Branch community near Kinard in Calhoun County was evacuated Tuesday due to the Bertha Swamp Road Fire, officials said.

"Over the last few days, gusty winds have picked up in the early afternoon and lasted through the evening, causing erratic fire behavior. Weather conditions today are no different and forced additional evacuations in Calhoun County," the forest service said. "While the weather forecast in the coming days calls for a possibility for rain, it will not be enough to decrease the wildfire threat any time soon."