By Laura Podesta and Evelyn Holmes 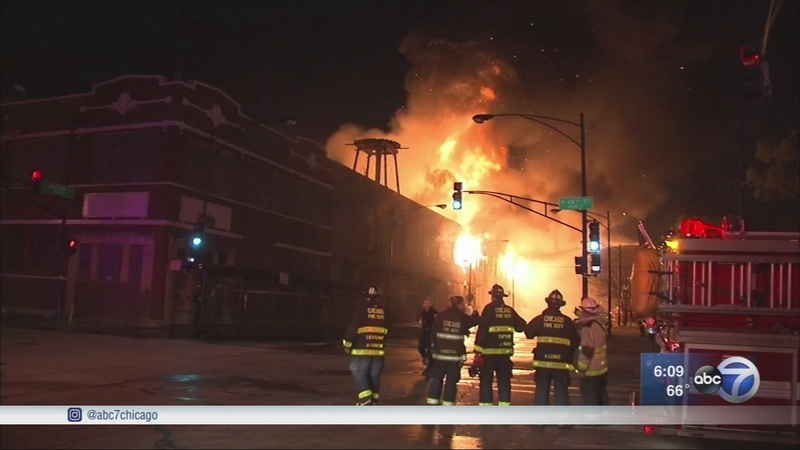 CHICAGO -- Squatters may have started a massive fire that burned early Saturday through an abandoned warehouse in Chicago's Little Village neighborhood, investigators said.

"We believe this could have been a warming fire and that's how it started. There is no electric, there is no gas and the building is mostly boarded up," said Chicago Fire Commissioner Jose Santiago.

The five-alarm fire started at about 2 a.m. in the 2600-block of South Kostner Avenue.

No one was inside and no injuries have been reported in connection with the fire, according to the Chicago Fire Department.

Nearly 200 firefighters and paramedics responded to the fire, which burned for hours and caused parts of the building to collapse. A rear wall of the building came down. Firefighters remained on the scene Saturday morning looking for hot spots.

Neighbors who live in the area said they woke up to the sound of an explosion and then watched the building go up in flames.

The three-story warehouse takes up the entire block has been closed for decades, but previously was used to manufacture industrial stoves and is owned by a private, affordable-housing organization.