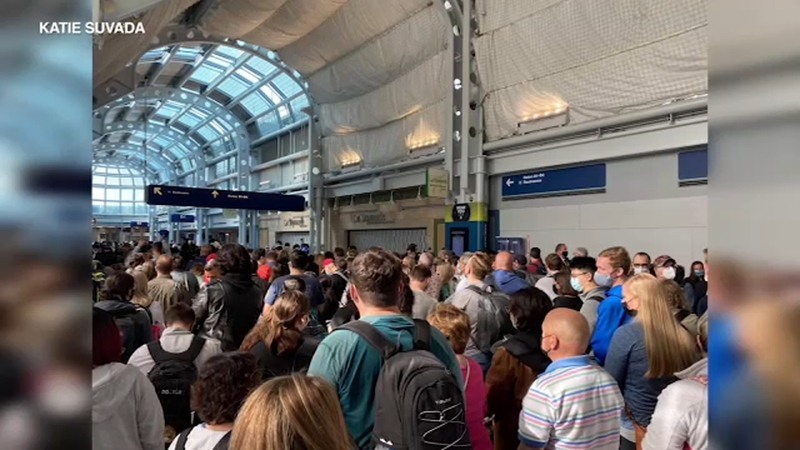 CHICAGO (WLS) -- A fire shut down an O'Hare Airport pedestrian tunnel delaying passengers for about an hour and half Saturday morning.

Shortly after 8 a.m., there was a report of a fire in Terminal 1 in the pedway tunnel that connects Concourses B and C for United Airlines Operations, according to United.

"We came in and started smelling smoke and then from there we were told to wait," said Nikkia Glover.

Power was shut off in the affected area and passengers were not allowed to enter the area for their protection, the airlines said.

Shuttle buses were deployed to transport passengers to the B and C concourses for their flights, according to United.

A fire shut down an O'Hare Airport pedestrian tunnel in Terminal 1 Saturday morning.

Katie Suvada was trying to catch a flight to Florida when the fire broke out. She got stuck in a crowd of people trying to make their way through Terminal 1.

Travelers jammed up in Terminal 1 at O'Hare Saturday morning folowing a fire that broke out in a pedestrian tunnel. (photo credit: Katie Suvada)

The Chicago Fire Department put out the fire at around 9:30 a.m., officials said.

Glover said she had to wait a couple of hours but she said she was thankful United stopped all the flights so people could catch their connecting flights.

"Very efficient about it too, they were on top if it," said Glover.

"It inconvenienced a little bit but I understand safety is first," said Ken Dale Quarles.