Fire struck out at pallet company on South Side 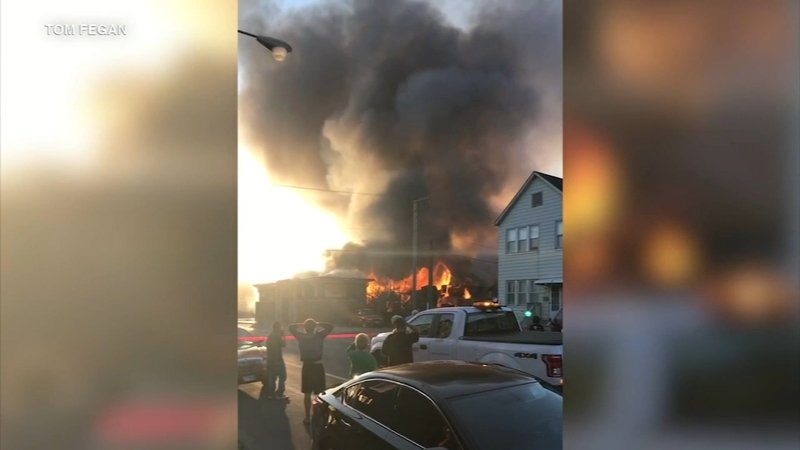 Fire struck out at pallet company on South Side

Black smoke from the fire at B&S Pallet Corp, located at 550 West Root Street in the Canaryville neighborhood, could be seen from miles away.

The fire broke out at about 7 p.m. It was struck out just after 8 p.m.

Neighbors reported hearing a loud boom or explosion, and heard a propane tank may have exploded after the fire initially broke out.

Massive flames could be seen shooting out of the building in cell phone video.

Firefighters used a ladder truck to attack the fire from high above.

Residents said they first knew something was wrong when the power went out in the area.

"As soon as I got over here I seen a big smoke cloud in the air and everything, and then I start taking video and I heard a huge explosion," said Tom Fegan, resident.

"It was just a big pop and I felt the shockwave just shake the house," said George Cazares, resident.