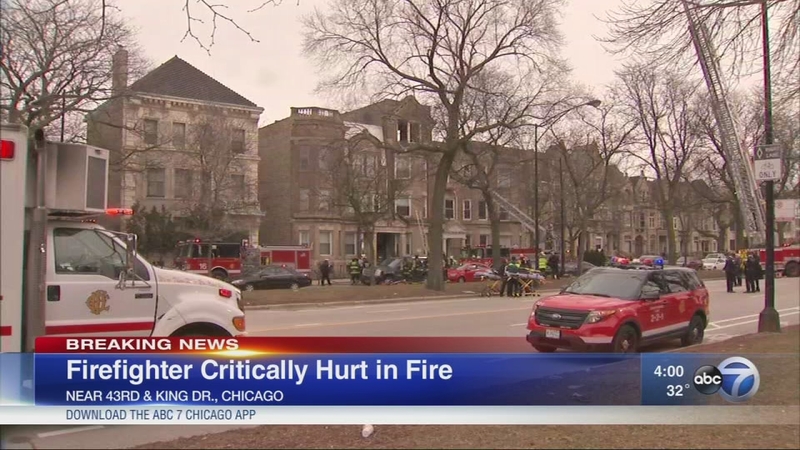 CHICAGO -- A captain with the Chicago Fire Department was taken to a hospital Wednesday afternoon when he was injured while responding to a fire in the South Side Bronzeville neighborhood.

Firefighters responded about 1:15 p.m. to a blaze at a 3 1/2-story apartment building at 4327 S. King Drive, according to Larry Merritt, assistant director of Fire Media Affairs.

About 15 minutes after arriving, a mayday alert was called when the captain suffered injuries from smoke inhalation inside the building, Merritt said. He was taken to Stroger Hospital, where he was listed in serious condition.

Merritt said the captain has been with the fire department for more than 20 years.

No other injuries were reported, Merritt said. Residents in the building were already outside or were not home when crews arrived.

At least three families were displaced due to the fire, according to the Chicago Red Cross.


Red Cross on the scene of a fire in the 4300 block of S. Martin Luther Drive assisting at least three families who are displaced as a result. Typical assistance includes shelter, food, and clothing as needed.

This afternoon the Mayor was briefed by @CFDMedia Cmsr Santiago on the mayday call at today's fire & visited the injured firefighter tonight. We are all sending well wishes for a speedy recovery & are reminded again of the danger first reponders take on to ensure our safety.