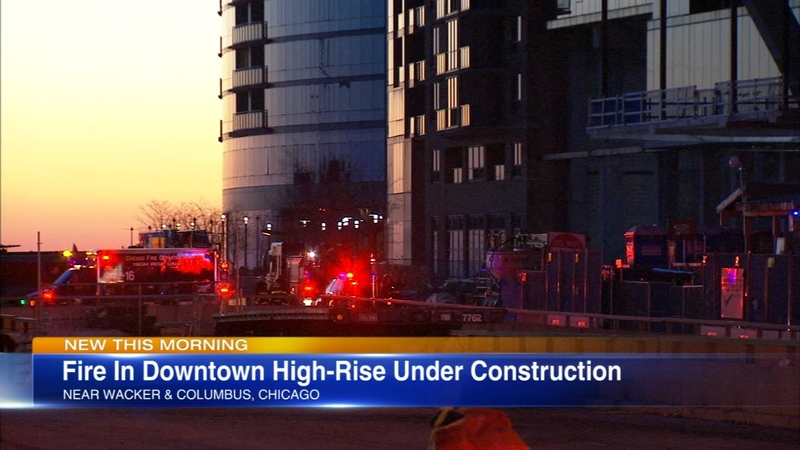 CHICAGO -- A firefighter was injured Saturday morning while working a blaze at a high rise construction site downtown.

The fire department responded at 5:54 a.m. for a call of a fire at the Vista Tower site at 363 E. Wacker Dr., according to Chicago Fire media affairs. The fire was contained to its basement office.

One firefighter suffered an injury to their lower body, a spokesman for the Chicago Fire Department said. They were taken to Northwestern Memorial Hospital in good condition.

The building was unoccupied at the time, and the fire was extinguished by 7 a.m., the department said. The cause of the fire was under investigation.