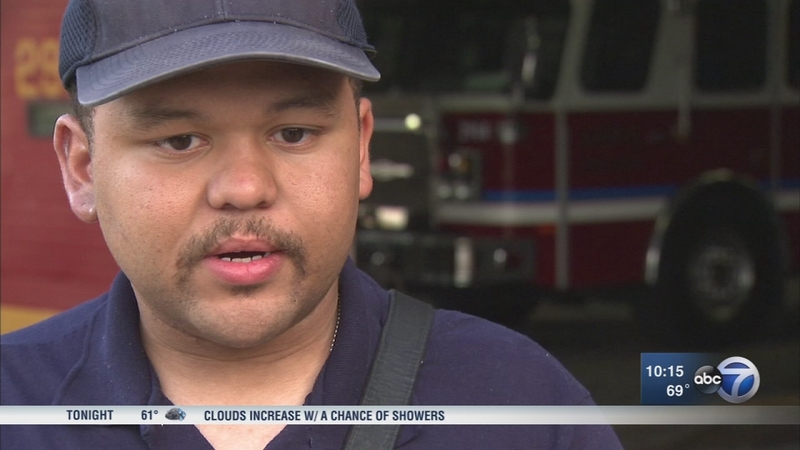 ROBBINS, Ill. (WLS) -- A firefighter and a young girl were among those injured in a house fire in south suburban Robbins on Saturday morning.

Now the firefighter has spoken about the danger he faced.

It was a routine call. A house fire had broken out in south suburban Robbins on Saturday morning.

Upon arrival, firefighters found three people had self-evacuated. Robbins firefighter Lt. Justin Jackson was among those who made entry into the burning home.

"Started to knock the fire down and out of nowhere just a really strong burst of steam hit me in the face. I thought I was on fire," said Lt. Justin Jackson, Robbins firefighter.

He was not, but upon exiting the house others realized Jackson had been injured. His right ear was severely burned. He was rushed to Metro South Hospital in Blue Island. Thankfully, he was released a short time later. The diagnosis: first and second degree burns to the ear, a ruptured ear drum and some minor smoke inhalation.

Two of the home's residents, including a young girl, suffered burns relating to the fire. Its cause was still unknown, but both are expected to recover.

Lt. Jackson will also recover, aided by the support of his fellow firefighters, many of whom came in to check on him after his release from the hospital.

"We get the call from the dispatcher. We don't know what's going on until we actually get there and sometimes we go into dangerous situations where anything can happen," said Captain Malante Jones, Robbins Fire Department.