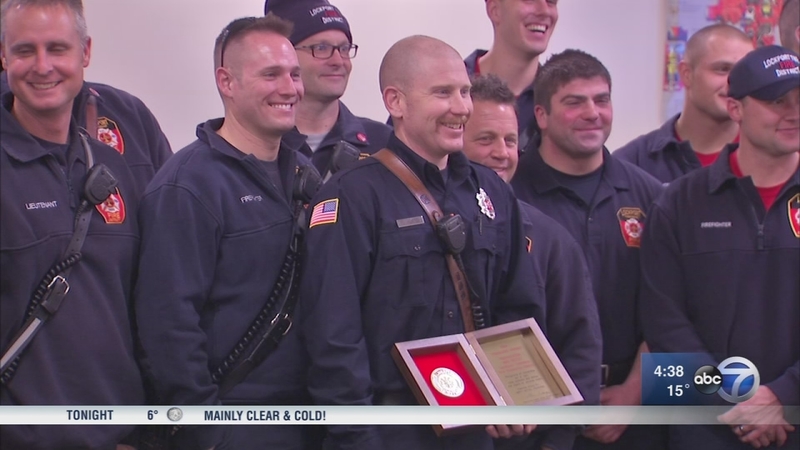 LOCKPORT, Ill. (WLS) -- A southwest suburban firefighter was honored Tuesday for his heroic action on a chaotic night. Without Phil Hutto and his team, a gas explosion in Romeoville might have had a much more tragic outcome.