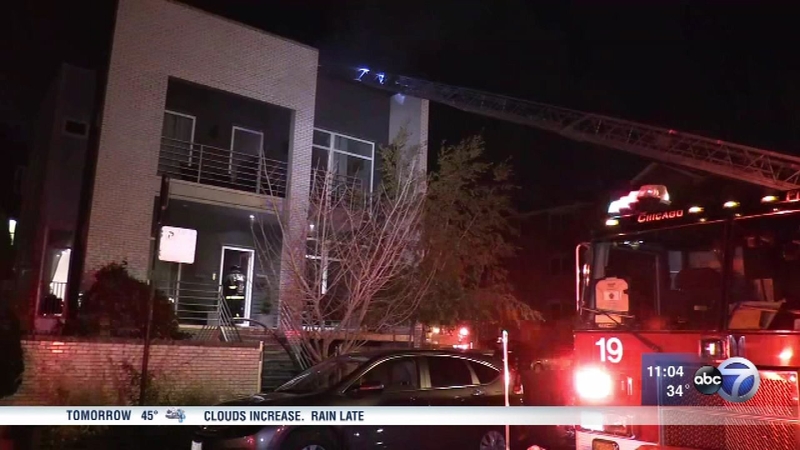 Ambulances arrived at Engine House 26 at 10 North Leavitt Street on the Near West Side around 3 a.m. and transported five firefighters to area hospitals. One firefighter at another firehouse was also hospitalized.

"Raspy throat and irritated in their noses," he said.

Prior to the health scare, the firefighters were fighting a fire in the 1400-block of West Huron Street in the West Town neighborhood. It was a very smoky fire inside a very large upscale home where a family of four got out ok.

Fire officials said the fire started from an overheated furnace and an irritant may have gotten into the air. The firefighters had stayed on the outside during the house fire.

"Outside the structure, the tendency is to remove your mask and as something is ventilated if they're in the wrong place as the wind changes direction, they could have possibly been exposed to something unknowingly," Sampey said.

Investigators are examining exactly what it was that caused the firefighters to get sick.