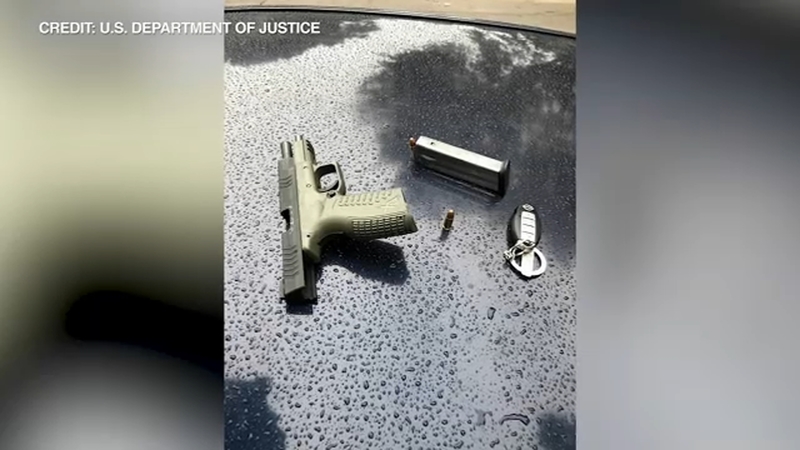 First charges announced as part of 'Operation Legend' in Chicago

CHICAGO (WLS) -- Three people have been charged with federal offenses as part of "Operation Legend," according to the U.S. Attorney's Office.

In early July, Attorney General William Barr announced the creation of a nationwide law enforcement initiative intended to send federal resources to states and cities seeing a recent surge in violent crime, according to an Associated Press report.

The charges are the first federal prosecutions in Chicago under "Operation Legend."

"Operation Legend has strengthened our efforts to apprehend and charge illegal gun offenders in Chicago," said U.S. Attorney Lausch in a statement. "Under Operation Legend, we are working closer than ever with the Chicago Police Department, ATF, and other federal, state, and local law enforcement partners to arrest and prosecute individuals engaging in violent crime in the city."

Darryl Collins, 30, of Dolton was charged with illegal possession of ammunition by a convicted felon, the U.S. Attorney's office said in a statement Friday.

Romeo Holloway, 21, of Chicago was also charged with illegal possession of ammunition by a convicted felon, officials said.

Darrly Phillips, 22, of Chicago was charged with illegal possession of a machine gun, according to the statement.