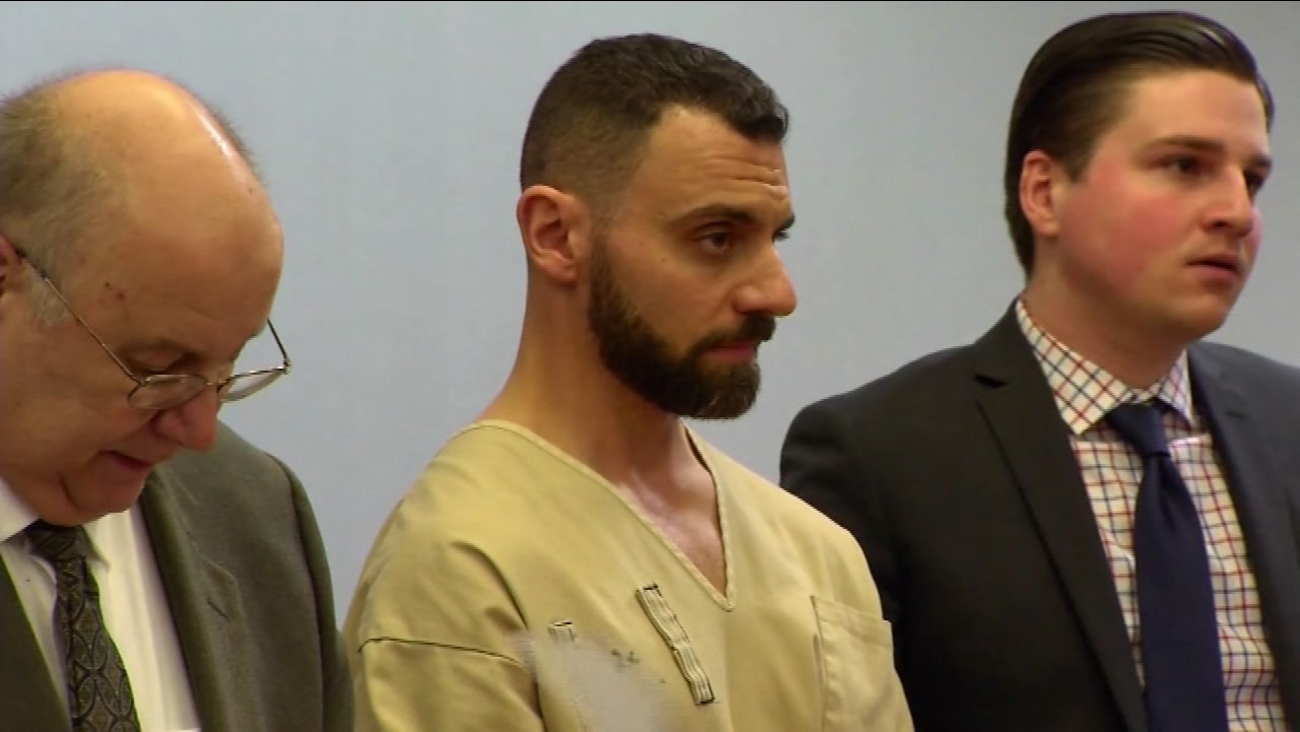 ELLINGTON, Conn. -- A masked intruder barged into his Connecticut home, he said, tied up and tortured him and -- when his wife came home -- shot and killed her.

His story, however, would not hold up with investigators. And when cops ultimately charged him with murdering his wife, they relied on evidence gathered from an unlikely source:

The Fitbit his wife was wearing.

It was December 23, 2015. Dabate told detectives he put his two kids on the bus that morning, waved goodbye to his wife, Connie, and left for work.

Soon afterward, the wife headed for a fitness class at the local YMCA, with a Fitbit on her waistband.

In his version of the incident, as outlined in a warrant obtained by CNN affiliate WTIC, Dabate said he went back home when he realized he'd forgotten his laptop.

He heard a noise, he said, and went upstairs to investigate.

That's where he spotted an intruder, he said: a 6'2" man with a stocky build wearing a "camouflaged suit with a mask."

Right then, Dabate said he heard his wife return home and yelled for her to run.

After a brief struggle, the intruder shot and killed the wife, Dabate said.

At that point, he told detectives the intruder half tied him to a chair and began burning him with a torch.

The two tussled, he said. And at one point, Dabate said he turned the torch on the intruder.

The man "dropped the torch, put his hands to his face, and ran out," he said.

Dabate said he crawled upstairs with the chair still attached to his wrist, pushed the panic button on his alarm and called 911.

Police scoured the area but couldn't find a suspect.

K-9's were brought in to locate any evidence that someone fled the property; the only thing they picked up tracked directly to Dabate, police said.

Investigator said they also found no evidence of forced entry and nothing in the house was taken.

They obtained search warrants for Connie Dabate's Fitbit, both of their cell phones, computers and house alarm logs.

Synchronizing those logs, here's what detectives say they found, according to the warrant:

At 9:01 a.m. Richard Dabate logged into Outlook from an IP address assigned to the internet at the house.

At 9:04 a.m., Dabate sent his supervisor an e-mail saying an alarm had gone off at his house and he's got to go back and check on it.

Connie's Fitbit registered movement at 9:23 a.m., the same time the garage door opened into the kitchen.

Connie Dabate was active on Facebook between 9:40 and 9:46 a.m., posting videos to her page with her iPhone. She was utilizing the IP address at their house.

If Richard Dabate's claims were correct, detectives say the total distance it would take the victim to walk from her vehicle to the basement, where she died, would be no more than 125 feet.

Dabate later admitted to having an extramarital affair where he impregnated a woman.

Five days after the incident, Dabate also attempted to make a claim for his wife's life insurance policy for $475,000, police said.

Now, Dabate is charged with murder, tampering with evidence, and providing a false statement.

Last week, he posted $1 million bond and was released . He is expected to enter a plea during his next appearance in court on April 27.

CNN's calls and e-mails to his attorney have not been returned.

In court, his lawyer Hubert Santos said, "My client is innocent of these charges and he looks forward to being vindicated after a trial."

Technology has increasingly played a larger role in helping to solve crimes.

Earlier this year, recordings from an Amazon Echo were used in a murder case.

Amazon had pushed back against a Benton County, Arkansas, prosecuting attorney saying it was setting up a legal battle pitting technology-based evidence against privacy rights.

In the end, the defendant agreed to voluntarily hand over the recordings.

Last year, Ohio investigators used evidence retrieved from his pacemaker to build an arson case against him.