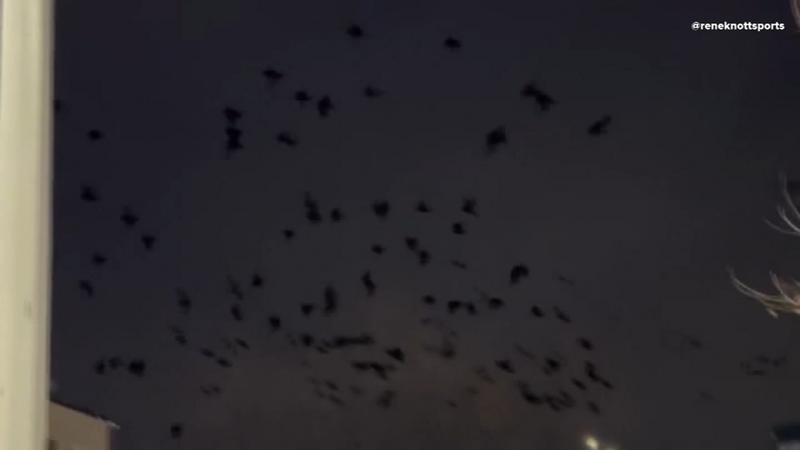 ST. LOUIS -- A murder of crows has been plaguing the courthouse in downtown St. Louis for a long time, but a number of the black birds are suddenly dropping dead.

And some wildlife experts are concerned, KSDK reported.

"Seasonally, crows and many other birds will group together in large flocks, especially in winter before the breeding season starts in the spring," said Roger Holloway, executive director of the world bird sanctuary.

He said a die-off of many animals of the same species indicates a problem.

The spokesperson for the Missouri Department of Conservation said the birds weren't physically injured and had no signs of blood, which rules out an attack or shooting.

The option of poison is on the table, but it appears only crows were impacted, diminishing the chances that that's the cause, because it's likely other types of birds would have been affected.

St. Louis officials unsuccessfully tried to use a repellent gel to keep the crows from roosting at the courthouse in December.

The gel is laced with the compound found in hot peppers, but the birds seemed to like eating it.

Crows are a protected native species, and poisoning them would be illegal unless done so under a special permit.

Another option is a virus or illness.

"If there is a virus or a bacteria of some kind, that would spread much more quickly. Just like we all experienced with the pandemic, when we were close together, we knew that was a better chance for the virus to spread among us," Holloway said.

It's not an uncommon scenario.

"Many years ago, it was identified as West Nile virus, was killing birds, especially crows, because they were able to do close, detailed autopsies on them, and determine that it was a virus that was attacking their brain," he said.