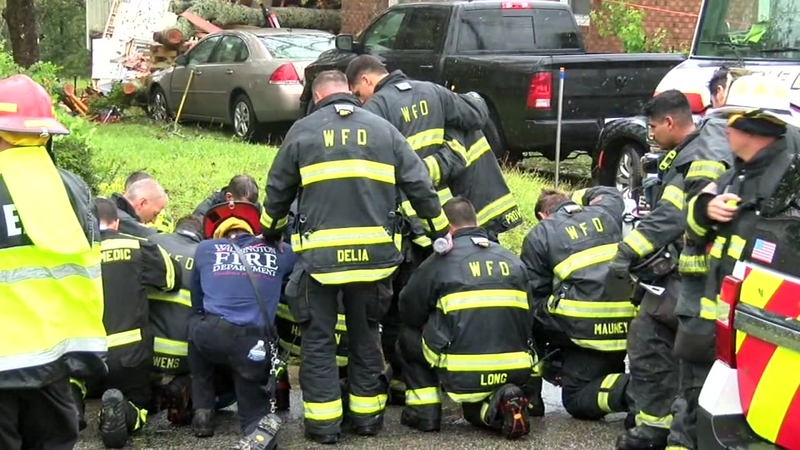 WILMINGTON, North Carolina -- In the midst of the storm, a group of firefighters were captured spreading a bit of peace during a time of devastation.

Wilmington Fire Department were attempting to rescue a family after a tree fell on their home after Hurricane Florence made landfall in North Carolina Friday morning.