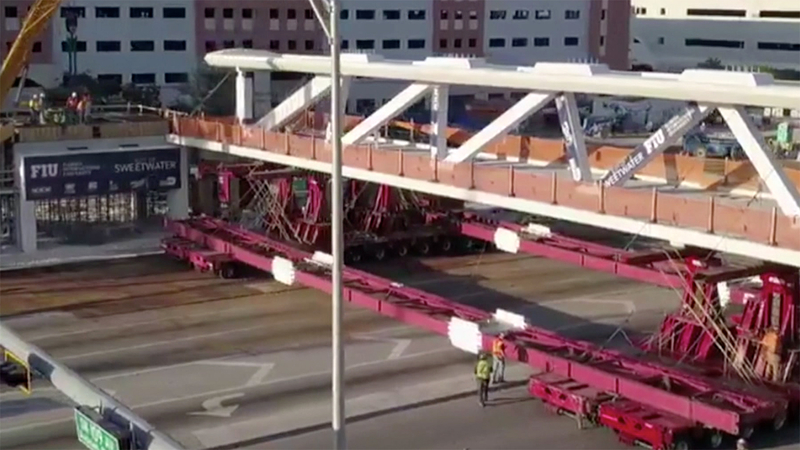 MIAMI -- The bridge that collapsed onto a busy Miami thoroughfare and killed multiple people below had been installed just days before the fatal accident.

It later collapsed onto 8th Street, a major seven-lane thoroughfare that runs from downtown Miami to the Everglades.

The university touted the bridge as the first of its kind, hailing it as a win for student safety as it was intended to provide safe passage from the school to a neighborhood called Sweetwater, where thousands of students live.

In August 2017, a university student was killed crossing the road that the bridge was supposed to span.

"FIU is about building bridges and student safety. This project accomplishes our mission beautifully," Mark B. Rosenberg, the university's president, said in a tweet about the bridge.

MCM, the Miami-based construction management firm who won the bridge contract, said in a statement that it was "devastated and doing everything we can to assist."

"We will conduct a full investigation to determine exactly what went wrong and will cooperate with investigators on scene in every way," the company wrote on its Facebook page.