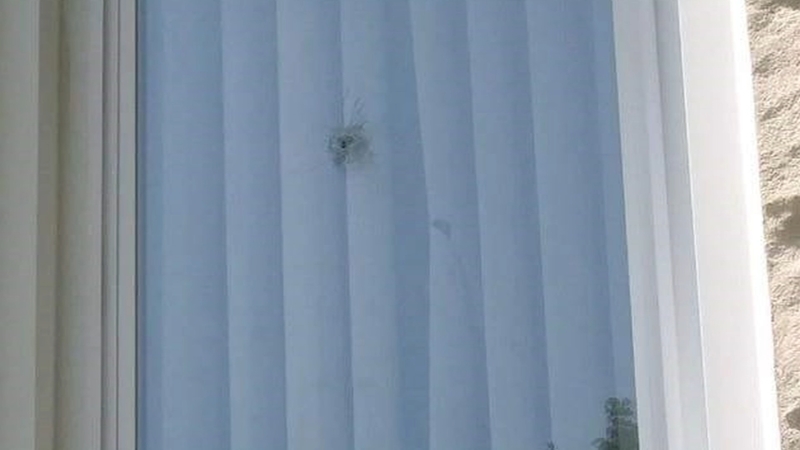 CHICAGO (WLS) -- Floyd and Lloyd Russell - the West Side twins ABC7 has been following for more than a year - are reluctant to talk about the danger at their doorstep. A bullet struck their home recently. It's the type of danger their mom has worried about since the beginning.

"Someone shot in my window. You know that's been a nightmare of mine - but I can stand and say, no one was hurt. That was a blessing by itself," said Lisa Russell, the twins' mother who has continually tried to protect her children from the dangers in North Lawndale, one of Chicago's most violent neighborhoods.

The bullet pierced their front window. Lisa Russell does not believe the shot was intended for anyone inside her home. Instead, she explained that two groups of gunmen were firing at each other from down the block, and an errant bullet shattered their window.

The twins are reluctant to talk right now. Although they have been interviewed for every story so far, they have declined to say anything after the bullet hit their home.

The challenging incident, however, has launched two efforts: A trip to Wisconsin and a church peace gathering.

When the twins' pastor heard about the bullet striking their window, he wanted to do something block-by-block. So now, Rev. James Brooks of Harmony Community Church is holding "Peace Gatherings" around North Lawndale, a chance for the community to come together, including Floyd and Lloyd.

"Floyd and Lloyd, those are my guys. I love them so much," said Brooks, who has known the twins for 10 years. "They have been so faithful to the ministry. They're so faithful God and that shows in the way they live their lives."

The pastor said the peace gatherings will continue throughout the Summer, and this time around he invited Mayor Rahm Emanuel and Police Supt. Eddie Johnson. "If you put police, pastors and parents together, nothing changes in the city but better," Mayor Emanuel said at the gathering.

Police officials, the mayor and members of the community attended the church peace gathering for Floyd and Lloyd.

In fact, Lisa Russell hopes that's truly the case. And she doesn't want this to be about politics either.

"Some people think this is what happens in our community and it don't affect them - it does affect them," Lisa Russell said about the violence and bullet hole. "I hope this is not about the election. I hope it's really to get us some resources here. Because, at the end of the day when everyone goes back to their community, I live here."