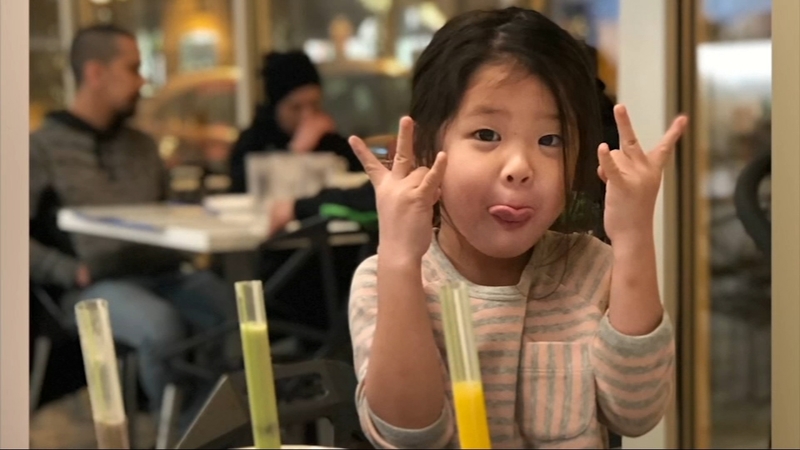 CARPENTERSVILLE, Ill. (WLS) -- The Kane County Health department confirmed Wednesday that a pediatric flu-related death took place there last week. While officials are not allowed to go into specifics, the child's parents confirmed the victim as 5-year-old Mia Lobo from Carpentersville.

"She loved being on camera. She loved taking selfies. She'd be the star of the show," said her father Dominic Lobo, explaining Wednesday why he wanted his daughter's story to be told.

Speaking to ABC 7 Eyewitness News before her wake, Dominic and Apple Lobo said their daughter suffered from febrile seizures; that is fever-related seizures.

They did not give her the flu shot fearing the vaccine might compromise her immune system even further.

Her death, coming this late in the season, is just one more example of what the Kane County Health Department called "one of the worst flu seasons we've seen since 2010," particularly in regards to the H1N1 strain which took Lobo's life.

"Even now," said Dr. Slade. "It does take two weeks for the vaccine to start working but since we don't know when the flu is going to leave town, then as long as we're seeing it here, then we recommend getting it."

It's not clear, where Mia Lobo contracted the flu. A pre-schooler in Sleepy Hollow, her school has not reported any other illnesses among its students. Her parents said, they can't be sure the vaccine would have saved her, but want her story to be a warning for other parents. They also shared their daughter's last gift.

"Mia wanted to be a doctor," said Apple Lobo. "She wanted to help others. She's an angel, so we decided let's go for the kidney donation. She saved two lives."