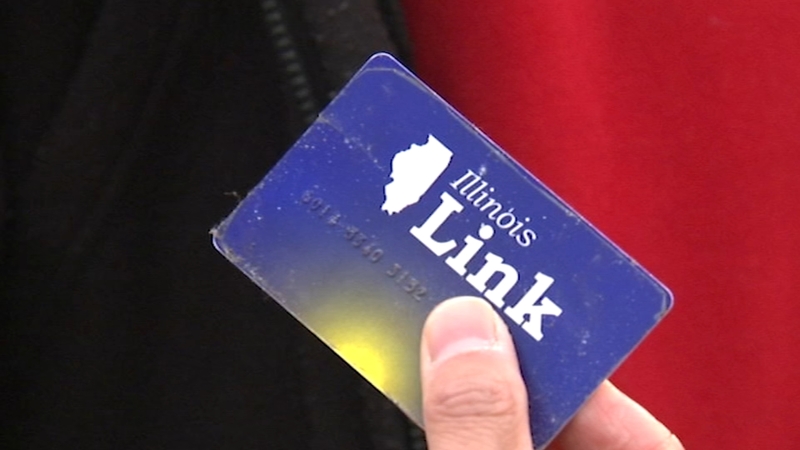 CHICAGO (WLS) -- The demand for food assistance in Illinois is about to become even higher as President Donald Trump's administration announced a new rule that will take able-bodied people off of the federal food stamp program known as SNAP.

It's a move that's being highly criticized by social service agencies, such as the Shriver Center on Poverty Law and the Greater Chicago Food Depository.

"This is an incredibly harmful move from the Trump administration and very simply put, it will take food off the tables from people who need it," said Nolan Downey of the Shriver Center on Poverty Law.

Sophie Milam of the Greater Chicago Food Depository said the rule "only applies to adults ages 18-49 who are able-bodied and don't have dependents."

It's a population the Trump administration said is able to work.

The hope with a low unemployment rate is to lead people away from government dependence toward self-sufficiency and employment.

"I think everyone agrees a good paying job is the best long-term solution to hunger and poverty, but unfortunately, it's not always as simple as the availability of jobs," Milam said.

Social service agencies who help and work with food stamp recipients say the new policy targets poor people struggling to work, many of whom face many barriers to finding full-time jobs.

For some, food stamps are often the only assistance they can get.

"Many of them have mental and physical limitations that don't quite rise to the level of receiving disability benefits, but nonetheless impact their ability to maintain consistent employment," Downey said.

"President Trump is now resorting to the ugliest possible tactics to distract the American people from his impeachment and gin up support from the far right-denying food to the most vulnerable people in our society," Pritzker said.