After 5 years of prep, pizza place offers the perfect slice

WLS
By Steve Dolinsky
CHICAGO (WLS) -- Pizza is practically religion in Chicago, and there's a lot more than just deep dish or tavern-style.

Robert's Pizza Company is a new pizza place in the city that has been years in the making by a man with a simple goal: to create the perfect slice.

Robert Garvey has spent the past 20 years with an obsession.

"I recognized I had a slice-a-day habit in New York and I needed to fulfill that habit. So I decided I would start to make pizza on my own, how hard could it be, it's just flour and water," he said.

That led to five years of almost daily baking experimentation, to come up with his ideal pizza, now on offer at his eponymous pizza shop. Like any good pie, it's all about the dough.

"Dough is absolutely critical and that's where I focused so much of time, particularly early on," said Garvey. "It's a cold rise in a refrigerator for three days, and we give it a long time to proof when it comes out of the cooler so that the rise out of the cooler is very important as well."

Garvey handles the dough like it's a precious stone or treasured relic, careful not to overwork it.

"One of the reasons I use my fingers and not a roller is that it puts a little bit of air in the crust and that gives it that nice, light chew in the finished product," he said.

Sauce is homemade, sausage is carefully sourced, but toppings also include brussels sprouts with bacon, a seafood version with clams and shrimp; even a Peking duck with hoisin. Into a gas-fired oven for about 10 minutes, they emerge beautifully crisp on the edge

A wire rack beneath elevates the pies, preventing them from getting soggy, maintaining a crisp bottom crust. It's all part of the plan to create the perfect slice.

"The middle is kind of a nice, soft chew; then it moves to a nice crunchy chew, then you finish with that nice big heel which is a terrific finish to the slice," said Garvey.

So good news for the neighborhood - they're about to launch lunch service any week now. And even better news for celiacs, they now have a gluten-free pizza.

EXTRA COURSE: Other non-pizza items on the menu at Robert's Pizza, including excellent salads 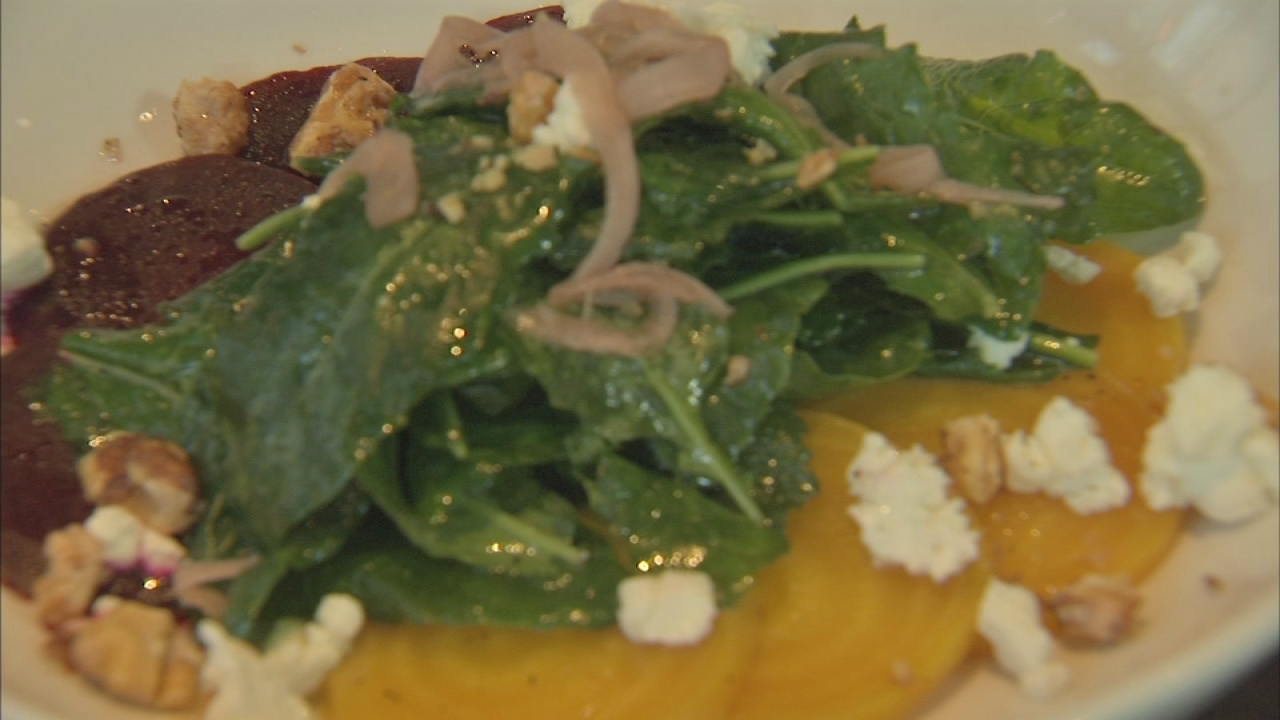