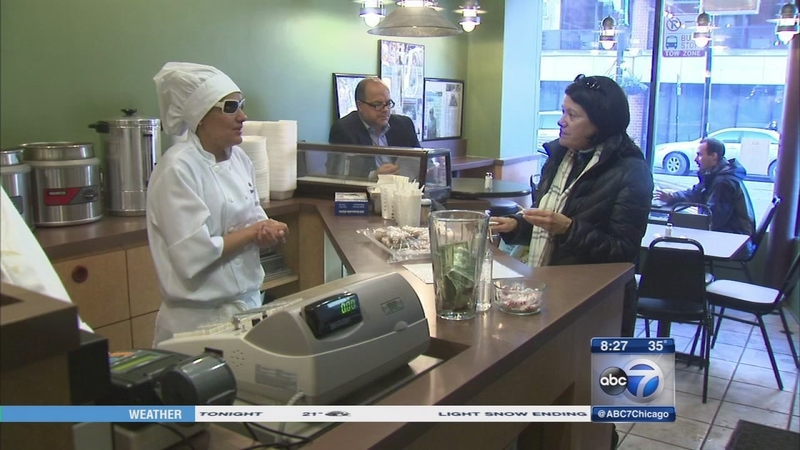 CHICAGO (WLS) -- As she delicately and deftly does her thing in the kitchen, Chef Laura Martinez is living her dream, cooking in her restaurant.

It's a remarkable feat for this young woman, who has been blind since she was a toddler, though one the few people not surprised at this is Martinez herself.

"I always said that in my mind but I didn't know it was going to be so soon," Martinez says. "I expected maybe another 10-20 years."

Martinez opened the doors to La Diosa in Lincoln Park last week, thanks in no small part to the late Chicago culinary legend Charlie Trotter.

Trotter spotted Martinez while she was interning and immediately offered her a job in his famed establishment. The rest is history.

"I expected him to give me advice and just go on, but never to give me a job," she says. "He went beyond my disability. I guess."

And that's something Martinez has been doing all her life: going beyond her disability.

She learned to cook from her mother then yearned to make it her career. She studied hard at the famed Le Cordon Bleu culinary school in Chicago, aided at times by a special helping assistant as she learned various technical skills.

The whole time, she had the backing of the Illinois Department of Human Services.

Martinez utilizes special equipment like a talking cash register, a talking money identifier and even a talking micro-wave, but it's mostly just her and her husband Maurilio doing everything.

She's very determined, even when she was trying to get her restaurant off the ground. And now that it's happened, the doors are open and people are enjoying her contemporaey Mexican cuisine, Chef Martinez has this advice for others facing adversity.

"To be confident," she says. "To stand strong and keeping fighting until you make your dream come true."

La Diosa means "goddess" in Spanish. Chef Martinez says it's both a testament to her own faith and a tribute the strong women who helped her along the way.

And to honor the men who helped in her journey, she's named several special menu items after them.

La Diosa is located at 2308 North Clark in the Lincoln Park neighborhood.