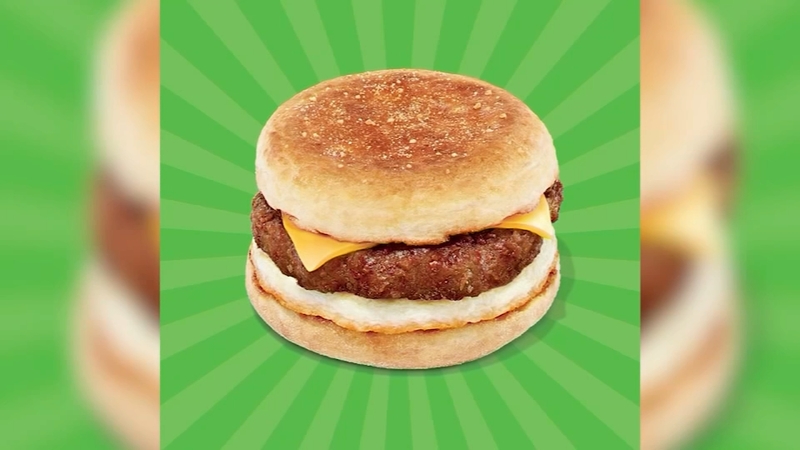 Dunkin' is expanding its breakfast menu with a trendy new item: a meatless sausage sandwich.

The chain will start selling a breakfast sandwich made with Beyond Meat's vegan sausage at 163 locations across Manhattan on Wednesday, with plans to roll out the $4.29 sandwich nationally at some point.

Others, like Burger King, Tim Hortons and Little Caesars, have also partnered with Beyond or Impossible Foods - Beyond's main rival - to add plant-based foods to their menus.

The trend is heating up as people try to eat less meat for health reasons and to reduce their impacts on the planet.

US retail sales of plant-based foods have grown 11% in the past year, according to a July report from trade group Plant Based Foods Association and the Good Food Institute, a nonprofit that supports plant-based businesses.

Barclays predicts the alternative meat sector could reach about $140 billion over the next decade, capturing about 10% of the global meat industry.

For example, the new Dunkin' sandwich is served with American cheese and eggs and therefore is not a vegan product unless modified.

The Little Caesars Impossible pizza is also made with cheese.

Both Beyond Meat and Impossible Foods make plant-based proteins designed to taste and cook like real meat.

For Dunkin', the new menu item is also a way to continue to increase its breakfast offerings.

The morning remains the only growth market for the fast-food industry, according to NPD.

More people prepare breakfast at home than any other meal, so quick-serve restaurants believe there is room for growth.

Earlier this year, the coffee and donut chain added two new limited-time breakfast items to its menu: the Egg White Bowl, which is made with egg whites, spinach, roasted potatoes, cheddar cheese and onions; and the Sausage Scramble Bowl, made with scrambled eggs, sausage, cheddar cheese, peppers and onions.

A plant-based option could help entice more customers away from competitors like McDonald's, Panera and Taco Bell.