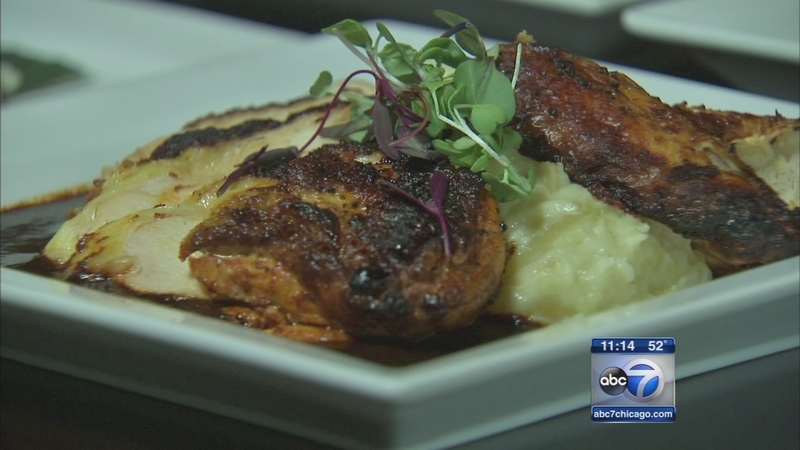 CHICAGO (WLS) -- Mexican Independence Day is coming up next week, and while some restaurants will offer special menus, there's a new restaurant in Albany Park that's simply happy to be open. It's run by a chef who worked at Frontera Grill and Topolobampo for 14 years.

And despite that track record, he's had to bring his entire family in to help out, including his mom.

You know the kitchen at Ixcateco Grill in Albany Park has made the commitment to go old school by recognizing two things: one, those roasted tomatoes - which will become the basis for sauces and salsas - and two, the tortillas, made by the chef's mother, just as she did back in Mexico.

"Besides to make the tortillas, she tastes everything I make. Sometimes she says 'Oh, this doesn't taste like in Mexico,'" said Chef and owner Anselmo Ramirez.

With that kind of critic just a few feet away, Ramirez can't afford to slack off. His picaditas are a great way to begin: corn masa "boats" house a haystack of fried chicken carnitas, creamy avocado crema and pickled cactus strips, showered with crumbly queso fresco.

Pork tenderloin is sliced thin, served with mashed sweet potatoes and resting over a pool of a mellow-but-intense sauce of pasilla chiles, tomatillos and smoky mezcal.

The true test, of course, comes in the form of his inky-black mole. One of Mexico's most beloved sauces, its complexity is daunting to most, since it requires harmonizing about two dozen ingredients: roasted chiles, nuts, seeds, fruits and in this case, chocolate. It nicely balances roasted chicken breast and mashed potatoes.

"It's a lot of work. You need to start working the day before, putting all of the ingredients together. It's hard," Ramirez said.

Just because Anselmo worked for Frontera Grill and Topolobampo for 14 years, doesn't mean he knows everything. Remember, his mom is back in the kitchen with him, keeping an eye on every plate.

The restaurant is BYOB, at least for the time being, so don't be afraid to bring in your own bottle for now.