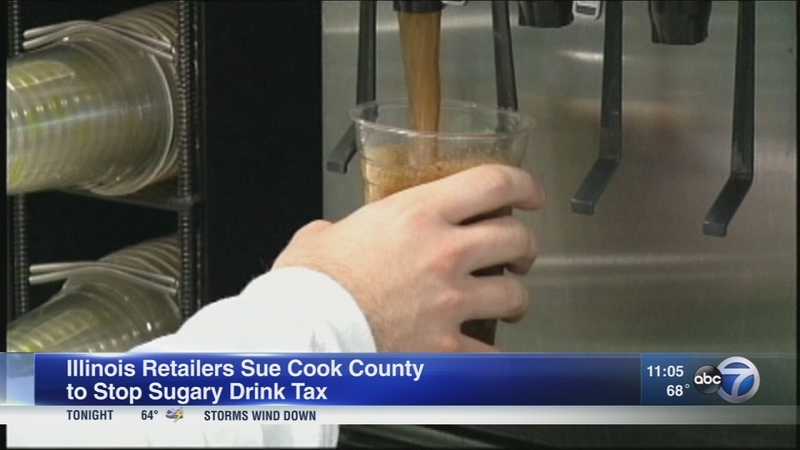 CHICAGO (WLS) -- A judge delayed a decision in a lawsuit filed by retailers aimed at preventing a tax from going into effect on Saturday which would make you pay more for sugary drinks in Cook County.

There is a lot of frustration from retailers over the tax so on Wednesday, they were in court to try to stop it. The initial judge to hear the case recused himself and another judge will make a decision Thursday.

Starting Saturday, the sugary drink tax will go into effect in Cook County, which means you will have to dig deeper into your pocket to buy your favorite soda or sugary drink.

With the exception of milk, water and 100-percent fruit juices, the new penny-per-ounce tax affects all sugar and artificially-sweetened beverages. A 32-ounce fountain drink for $1.90 will cost $2.22. A $2.99 gallon of juice or iced tea will go up to $4.27. Customers pay the tax at checkout, reimbursing retailers who pay the tax up front.

Merchants protested the tax Tuesday downtown saying the tax is too vague and unconstitutional. Wednesday morning, they were in court when a judge delayed a decision until Thursday on a temporary restraining order.

"All retailers put themselves at risk for being sued one, for over-collecting tax, being sued for under-collecting tax or three, collecting tax and not having a mechanism to remit it to the ordinance, which is a crime," said Jordan Goodman, a lawyer representing the Illinois Retail Merchants Association.