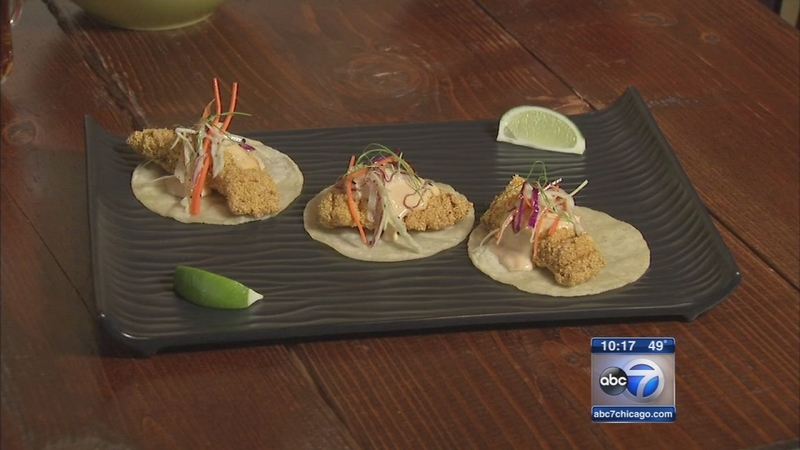 CHICAGO (WLS) -- There is a southern heatwave in Chicago as several new restaurants are emphasizing grits, shrimp and gumbo.

One of them is in Lincoln Square, where the chef is recreating many dishes from his great-grandmother's recipes.

Close your eyes and just breathe it all in. For a moment, you might think you've landed in the Deep South, or at least Carolina Low Country, because at Luella's Southern Kitchen, the chef and owner's inspiration is two generations old - from a Mississippi kitchen.

"Luella is my great grandmother and she's pretty much my inspiration for this restaurant and for my culinary career," said chef and owner Darnell Reed.

But that doesn't mean the menu hews to one state, or even one region. A classic New Orleans gumbo begins with a pretty dark roux.

"The flavor smells like peanuts when you roast it. We actually cook the roux for five hours," Reed said. "And it's a file gumbo. So we do file versus okra, here we do file powder with the gumbo."

But then he jumps to the Carolinas, for shrimp and grits, topped with a tangle of micro scallions. Yes, there's fried chicken, but here they're narrow tenders served over waffles. Not just any waffle, but a Belgian-inspired version embedded with pearl sugar.

"A waffle dough as opposed to a waffle batter, so it's a yeast dough and we use Belgian pearl sugar in the dough. So the waffle is kind of the co-star," Reed said.

There are also catfish tacos - a blend of Mississippi and Mexico - but that's just fine with Reed, who has the freedom to cook whatever inspires him.

"Like when the summer comes and we may do a barbecue from Tennessee, we'll always try to have a mixture of Southern ingredients, so it's kind of in my mind it's kind of a celebration of the South," he said.

So Luella's is really more of a pan-Southern restaurant. Don't think of it as being pigeon-holed into one specific region. The shrimp and grits is a great example: New Orleans-style barbecued shrimp in a Low Country dish, put them together, still delicious.