Starting on Wednesday, the pizza chain will serve a new vegetable pizza topped with Incogmeato's meatless Italian sausage at one location in Phoenix, Arizona. The test will last for a limited time. Pizza Hut will sell the pie in a new, round pizza box, which it is also testing at the Phoenix location, reported CNN.

Taken together, the Garden Specialty Pizza and the new packaging may attract customers who are concerned about the environment. Plant-based proteins use far less water and are responsible for fewer emissions than their animal protein counterparts. And the round pizza boxes use less packaging than traditional square boxes.

It took two years to develop the box, said Nicolas Burquier, chief customer and operations officer for Pizza Hut. He called the container "the most innovative packaging we've rolled out to date."

While Pizza Hut may be leading the pack when it comes to pizza boxes, it's following a more established pattern by testing out a product that features plant-based protein.

Dunkin' recently announced that it is rolling out its Beyond Meat breakfast sandwich nationally in November, two months ahead of schedule, because its New York City test of the product exceeded expectations. And Burger King announced that it would make its Impossible Whopper available nationally after just one month of testing.

Plant-based proteins also sell well in the grocery aisle. US retail sales of plant-based foods have grown 11% in the past year, according to a July report from trade group Plant Based Foods Association and the Good Food Institute, a nonprofit that supports plant-based businesses. Kellogg, which first announced Incogmeato in early September, isn't the only big food company with a new line of meat substitutes. Nestle, Tyson, Smithfield and Kroger are also launching their own plant-based products.

Kellogg is also not the first to partner with a restaurant to introduce a new product to consumers. Impossible Foods debuted its plant-based sausage with Little Caesars in May.

Kellogg and Pizza Hut recently partnered on another limited-time menu item, the Stuffed Cheez-It Pizza, which is designed to look like an oversized Cheez-It cracker. That collaboration led to a discussion about incorporating Incogmeato into the Pizza Hut menu, explained Marianne Radley, chief brand officer for Pizza Hut.

"Exploring plant-based options together was really just a natural conversation," Radley wrote in an email to CNN Business. The Garden pizza and round box will be sold together for $10. 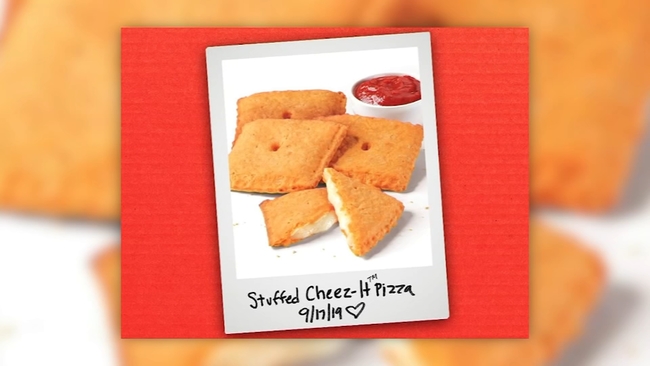