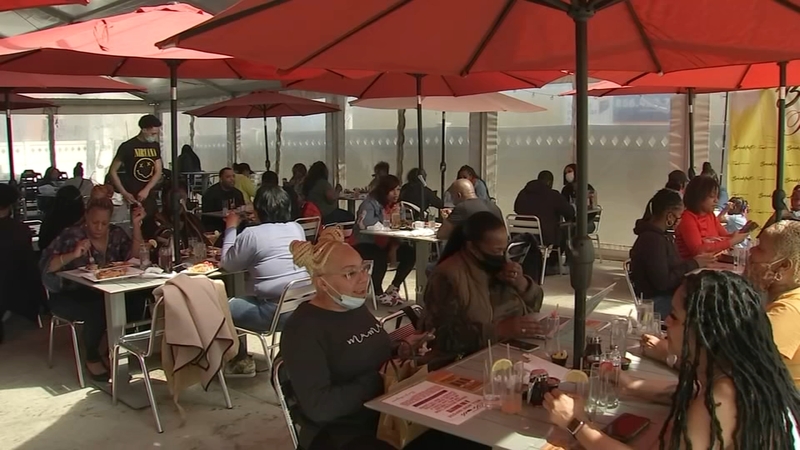 Some South Side spots feel overlooked by Chicago Restaurant Week

CHICAGO (WLS) -- Chicago Restaurant Week kicked off Friday, but some South Side restaurant owns said they feel overlooked by the annual food tradition.

Business is good at Truth Italian Restaurant in Bronzeville, but the owner said it probably isn't because of this year's restaurant week.

Willborn, along with other South Side restauranteurs, are feeling a bit left out. There are nearly 300 restaurants participating in this year's event, but some say more restaurants in Black and brown communities should be represented.

Since its launch in 2008, Chicago Restaurant Week, which runs through April 4, remains popular despite a comparatively low number of restaurants south of Roosevelt Road. It's promoted by Choose Chicago, the city's official sales and marketing organization.

In an emailed statement, the president and CEO of the Illinois Restaurant Association wrote, "This year's event represents 34 Chicago communities and more than 90 first-time participants," and added, "Since the pandemic, the Illinois Restaurant Association has advocated tirelessly for all restaurants throughout the state of Illinois and the city of Chicago, with the utmost attention to our 77 communities."

"That would be absolutely amazing in helping us South Side venues to move forward as we try and move forward out of the pandemic," he said.

The city's new Chicago Alfresco outdoor dining effort hopes to do that.