WLS
By Steve Dolinsky
CHICAGO (WLS) -- German restaurants in Chicago have been slowly fading away over the years. Places like Zum Deutschen Eck and the Chicago Brauhaus are but a distant memory.

Our Hungry Hound says a new German-themed restaurant in West Town has lightened up those heavy, traditional dishes- even bringing in some Midwestern and Southern influences.

Forget the heavy schnitzels and massive pork chops covered in gravy. At Funkenhausen, those dishes are treated with a bit more refinement, and a lighter touch.

The portions are just about perfect, the wine list offers impressive German wines and the mood is less oompah, and more ooh.

There are no polka bands here, or servers dressed in lederhosen, that's because the mood at Funkenhausen, on a rapidly changing stretch of Chicago Avenue in West Town, is more about updating the classics than it is sticking to tradition.

"I grew up in the South but my family is very German, so we're inspired by the German food I grew up with but also by the Southern food I grew up enjoying with friends," said Chef Mark Steuer. "I think people stopped going to the old German restaurants because they were so heavy."

Steuer loves sausage though, so he created a "Piggy Plate" with an assortment of liver mousse, pate and mustard, with plenty of fruit preserves and vinegary, pickled vegetables to cut through that richness. Spaetzle is of course a part of the menu, but instead of drowning it in butter, he adds a Midwestern bounty of onions, corn and sliced radishes, then dresses it in a red wine-mustard vinaigrette. A few shards of pecorino romano and crushed, candied walnuts add salty sharpness and crunch.

They make their own ricotta cheese here, stuffed into plump dumplings that are sautéed with a forest of red onions, various cauliflowers and oyster mushrooms, plus bright gooseberries and bulk kielbasa sausage. While those flavors come together, Steuer adds a few ladlefuls of chicken stock combined with the whey left over from the cheesemaking. Talk about perfect pairings: a large assortment of German beers and crisp rieslings are just waiting to be matched with these dishes.

Of course, there is schnitzel, just not the kind you remember.

"Traditionally they would use veal shoulder and cut it on a slicer into thin steaks. We actually use the loin, because the shoulder tends to get a little grey and dry, so we're using a little pricier cut of meat," said Steuer.

Topped with a mayo-style egg and mustard sauce with capers, cukes and parsley, called a gribiche, Steuer adds a brightly acidic salad with raw vegetables to cut through the richness.

In Steve's Extra Course video, he takes a closer look at one of the restaurant's desserts - an updated Black Forest Cake, with a traditional digestif to go along with it.

In Steve's Extra Course video, he takes a closer look at one of the restaurant's desserts - an updated Black Forest Cake, with a traditional digestif to go along with it. 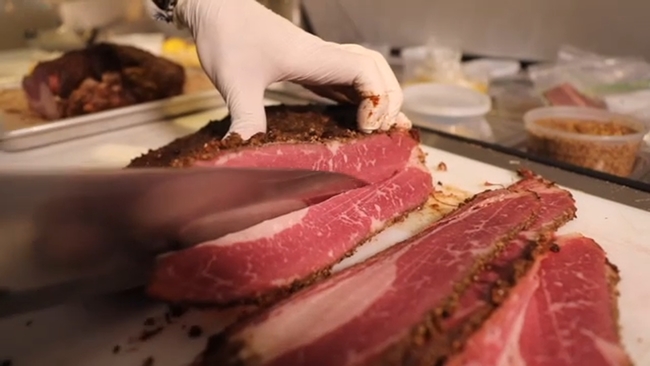 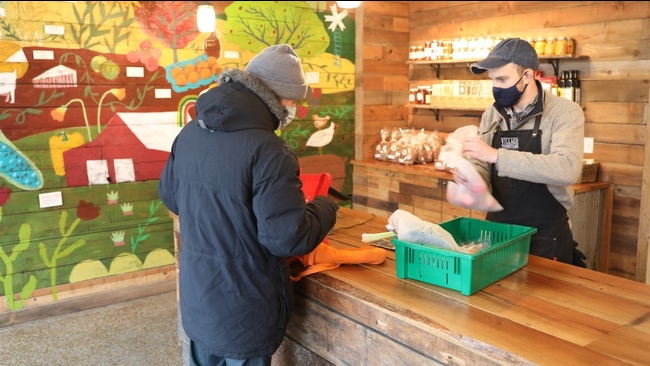 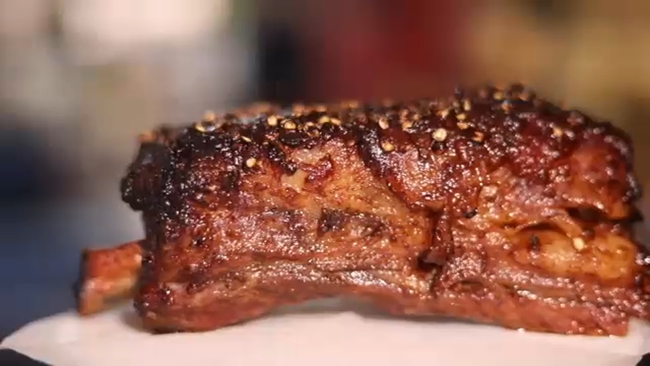 Restaurants pivot from elegant menus to BBQ to survive pandemic 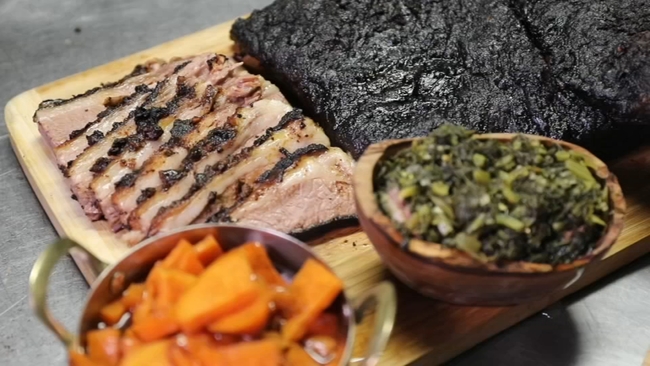