Illinois State Police, FAA investigating cause of the crash
WLS
By Alexis McAdams 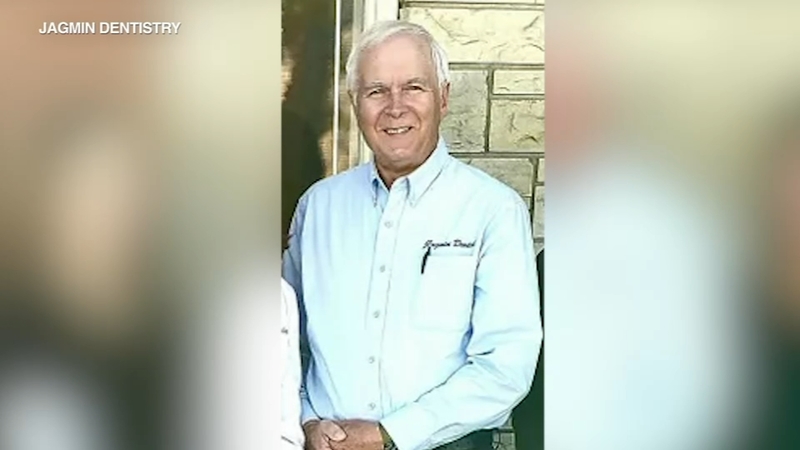 The aircraft crashed into a wooded area off of Lincoln Highway, just west of Illinois 394 about 5:09 p.m. Tuesday, according to Illinois State Police.

The pilot, a 70-year-old Frankfort man, underwent emergency surgery immediately after the incident at the University of Chicago hospital, sources said. He was seriously injured in the crash.

Jagmin was an experienced pilot and well-respected local dentist, remembered for his kindness.

Witnesses said the pilot told them the plane ran out of power, forcing an emergency landing on a road and then sliding onto the edge of a yard.

"It is really sad to hear what happened, such a tragic loss to the community," said Aliska Rice, who lives in the south suburbs.

According to the Federal Aviation Administration, the single-engine Glasair III crashed under unknown circumstances. The aircraft struck a light pole and hit a vehicle on the ground before coming to rest on an embankment, the FAA said.

Flight records from Flight Aware show the plane took off at 4:44 p.m. Tuesday, crashing after less than 20 minutes of flight time.

Close friends said Jagmin stored his plane at the Lansing Airport and had been a pilot for more than 30 years.

The flight log showed the plane was traveling south at about 240 mph before suddenly turning west.

Jagmin's family is asking for privacy as they mourn the loss of a husband, father and new grandpa. He recently semi-retired from his dental practice to spend more time with his family.

"I just was referred to him by a coworker, and I heard he was a nice dentist, but I never got the chance to use his services," Rice said.

Jeff Whitlock, a witness in the area, said the plane came down on the shoulder of the road, and a wing of the plane ripped off when it hit the light pole. The smell of fuel filled the air, Whitlock said.

"I could hardly breathe. I mean, I'm like, it was like I thought I was having a heart attack when I got back in my car. When I was standing on the roadside, it was like my adrenaline was going, and I'm screaming to get a fire extinguisher," Whitlock said.

Another witness noticed the low-flying plane before the impact.

"I'm looking at him, and he's just coming in. He's like, just way too low. I was like, this can't be happening, so I guess he was trying to pull up," said Pep Garcia, another witness. "I just saw a big ball of smoke, and I was like, 'Oh my God. This just happened.'"

The northbound and southbound ramps to Lincoln Highway were closed at approximately 5:50 p.m. Tuesday for the investigation, state police said.

The plane wreckage remained on the side of the roadway Wednesday, and the ramps were expected to stay closed into late Wednesday morning, police said.