Ford Heights residents may have water shut off 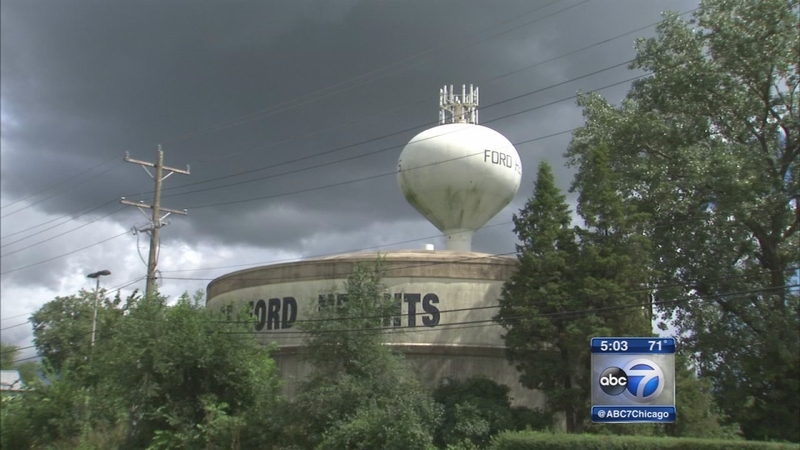 FORD HEIGHTS, Ill. (WLS) -- Some south suburban residents are worried their water will be shut off.

They said they are paying their bills but the village of Ford Heights, Ill., is accused of being delinquent in paying its bill to the community that supplies its water.

The latest fiscal crisis in Ford Heights could shut off the struggling south suburb's water supply. A neighboring city is giving the village two weeks to pay up or dry up.

Arthur Sanders bought the house on Park Lane 45 years ago and said his water bill these days runs about $55 a month.

But Sanders, like most other homeowners ABC 7 interviewed, was unaware of a threat to water service to all of Ford Heights' residents.

"I haven't gotten any notice. They haven't sent any notice out, no paperwork, nothing, about this problem that they're having with the water," Sanders said.

Blighted Ford Heights, population around 2,500 and falling, is ranked one of the poorest communities in the country. The village buys its water from the next suburb over, Chicago Heights, which pumps it treated from Indiana.

Chicago Heights claims that during the past five years impoverished Ford Heights has fallen $2 million behind on its bill and is threatening to shut off the entire village on September 15.

"Chicago Heights bills Ford Heights for the water it's providing and the annual deficit has been approximately $400,000 a year," David Ormsby, a Chicago Heights spokesman, said.

At the Ford Heights Village Hall, there was too much water as buckets collected leaks caused overnight rain.

Neither the village manager nor the mayor would comment. A village attorney did not return ABC 7's phone call.

Tameira Hicks speculated Ford Heights might be in arrears to Chicago Heights because individual homeowners are behind in their payments.

The Cook County Health Department confirms it has entered negotiations to find a settlement.

Spokesman Ormsby said Chicago Heights has tried to be a good neighbor.

"If we don't have some kind of financial restitution by the 15th of September, we will shut off the water," he said.