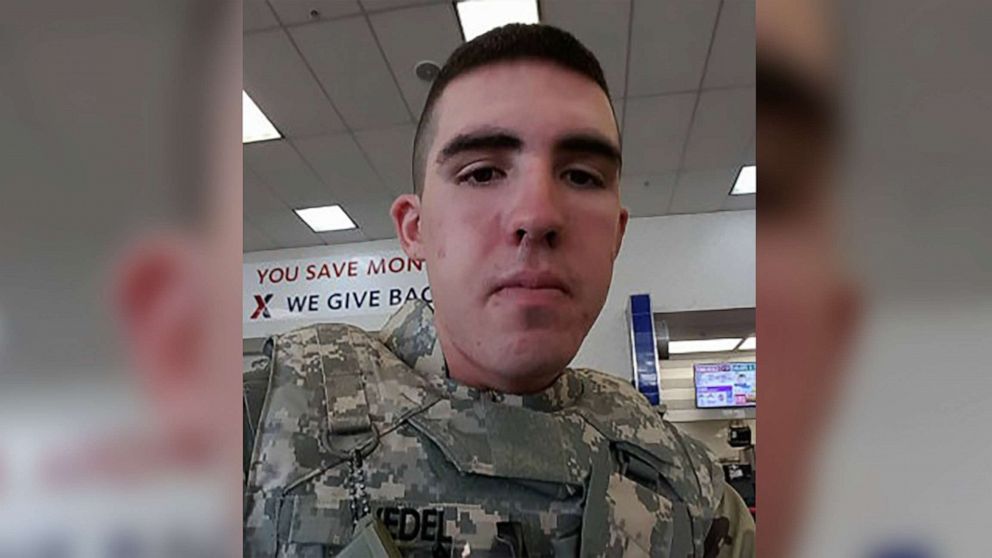 Foul play is suspected in the death of a Fort Hood, Texas, soldier, whose remains were found 10 months after he went missing, military officials said.

A search for Pvt. Gregory Wedel-Morales ended on Friday with the discovery of his skeletal remains in a field in Killeen, Texas, after U.S. Army investigators received a tip directing them to the location of the body, officials said.

He is the second Fort Hood soldier to go missing in less than a year.

"Foul play is suspected at this point in the investigation," reads a statement released on Sunday by the Army Criminal Investigation Command.

The statement said dental records were used to positively identify the 23-year-old soldier, and that an autopsy is scheduled to be conducted to determine the cause and manner of death.

A $25,000 reward is being offered to anyone with credible information about the circumstances surrounding Wedel-Morales' death.

Special agents from the Army Criminal Investigation Command are assisting the Killeen Police Department in the investigation.

Wedel-Morales was last heard from on Aug. 20, 2019, a day after he was seen driving off the Fort Hood base in his Kia Rio, according to Army officials. He was scheduled to be discharged from the Army within days of his disappearance, Army official said.

He vanished about eight months before Pfc. Vanessa Guillen went missing on April 22 of this year.

Guillen, 20, was last seen in the parking lot of her Regimental Engineer Squadron Headquarters at the military base and has not been heard from since.

"Her car keys, barracks room key, identification card and wallet were later found in the armory room where she was working earlier in the day. She was last seen in the parking lot wearing a black T-shirt and purple fitness-type pants," officials said in a Facebook post on June 15.

A $25,000 reward is being offered for information on the whereabouts of Guillen.

Guillen's family and their attorney, Natalie Khawam, said that Guillen complained to family members about being the victim of sexual harassment on the base, but never filed a formal complaint for fear of retaliation. Khawam told ABC station KTRK-TV in Houston that Guillen once claimed that a superior walked in on her showering and another verbally assaulted her with vulgar remarks in Spanish.
Report a correction or typo
Related topics:
abc newsnational
Copyright © 2020 ABC News Internet Ventures.
More Videos
From CNN Newsource affiliates
TOP STORIES