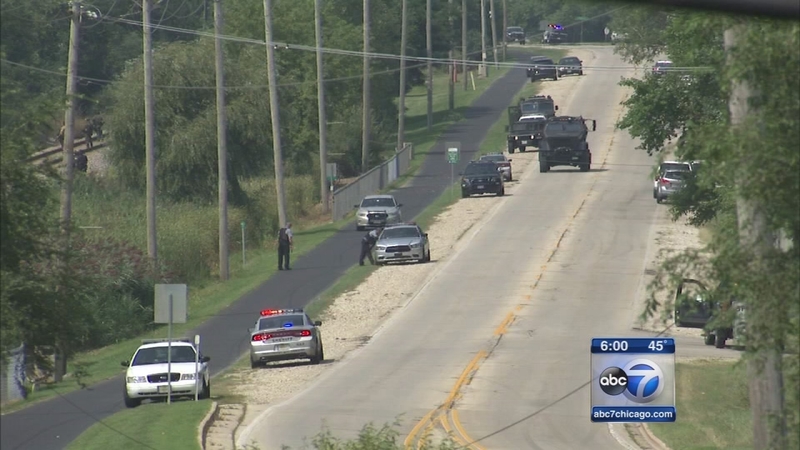 Gliniewicz was found dead of a gunshot, lying in a Fox Lake field, his hand in a position as if it had been holding a gun - and no suspects in sight. Despite the fact that officers were close enough to have heard the fatal shot, they saw no one other than the fallen lieutenant.

That announcement came more than two months after Gliniewicz was found dead, authorities saying for weeks that they were investigating the case as a homicide. And until the very end, officials never fully ruled out the possibility that two white men and a black man were somehow responsible - the trio Gliniewicz had radioed in he was chasing.

These Fox Lake police reports suggest that from the moment Gliniewicz's colleagues arrived on the scene, their observations pointed to suicide.

One responding officer observed that Gliniewicz's hand was empty in a position that would lead to believe he was possibly holding a gun.

Gliniewicz's service pistol was later found within arm's reach of his body.

The police reports also state that several officers responding to this scene were on opposite sides of the field accessible by a dirt road when the final, fatal gunshot was heard, close enough to hear the shot that investigators now know was fired by Gliniewicz, killing himself.

And not one of the officers - who essentially had the location surrounded - reported seeing any other person. Not two white men nor a black man, as Gliniewicz had claimed on his police radio. They saw no one.

During the two months after Gliniewicz was found dead, investigative leaks continued to promise that the end result would be suicide, even as the task force publicly repeated time and again that they were working a homicide. Perhaps because of that, Fox Lake area residents continued to provide information about people they thought might have killed Gliniewicz, the police reports detailing interviews with citizens who offered up names.