Fox Valley Mall in Aurora shut down due to fight, 7 arrested 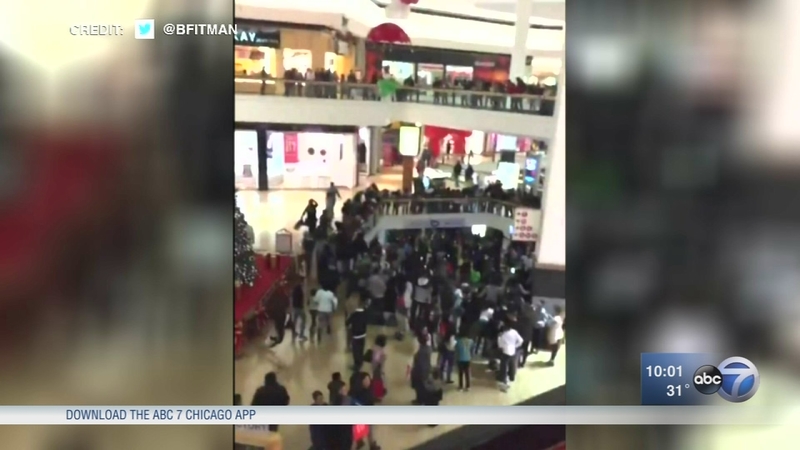 Fox Valley Mall in Aurora closed due to fight

Aurora police said they received a call for assistance from mall security due to an unruly crowd in a common area. Shortly after, a fight broke out in the food court, police said.

Police said more than 1,000 people were in the vicinity of the fight, which prompted them to evacuate and close the mall for the safety of patrons.

Cell phone cameras captured the commotion as the center of the mall erupted into chaos and terrified shoppers were sent scrambling for the exits.

"I'm still a little shaken up. I've never seen that many people inside brawling like that," said Alexis Malone, who was working inside the mall.

"Everyone's pulling out their phones. I see the police rushing in. I see kids hitting each other, kids trampling each other. So it was just madness," Malone said.

Security said the mall will be open again Tuesday.

"Let's definitely take a breath. If you coming to look for trouble or look for negativity, just don't even do it. It's not worth it," Malone said.

Fox Valley Mall was not the only mall shut down by fighting on the day after Christmas. Police responded to fights that broke out at The Shoppes at Buckland Hills mall in Manchester, Conn., Monday night as well. There were no immediate reports of any serious injuries.

Manchester police Capt. Chris Davis posted on his Twitter account that several hundred teenagers were in the mall at the time and there were several fights. He says several people were arrested and the mall was evacuated.

Davis said authorities were still trying to sort out what happened.

And in Elizabeth, N.J., a fight led to chaos and panic when a thrown chair was mistaken for a gunshot. Police said no shots were fired at the mall, but during a brawl the loud sound of a chair being thrown caused someone to yell "gun!" and set off a wave of panic. Several people were injured as shoppers fled the mall.