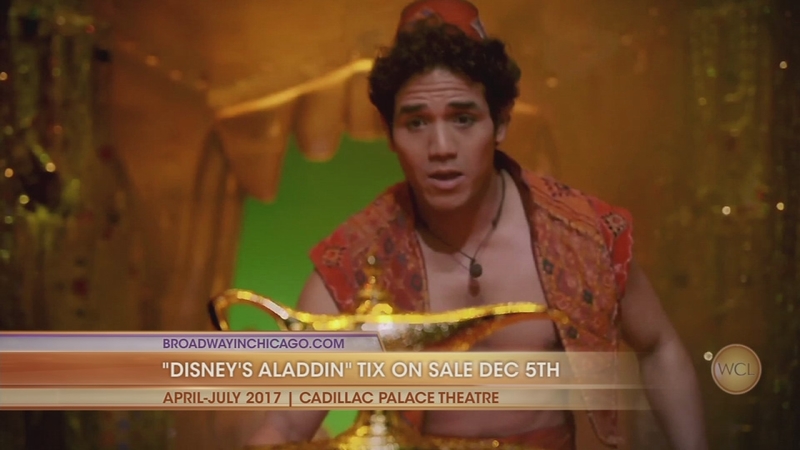 "THE 2016 WORLD SERIES"
"The 2016 World Series" on DVD and Blu-ray is finally here! The 90-minute official MLB film comes out on Dec. 6. It shows highlights from all 7 World Series games told through the eyes of the players from the Cubs and Indians and narrated by actor Vince Vaughn.

I watched it and it's fantastic and still riveting, despite knowing the outcome!

One week later, "2016 World Series Collector's Edition: Chicago Cubs" comes out on DVD and Blu-ray. It's all 7 World Series games complete and uncut. Perfect for any Cubs fan.

"DISNEY'S ALADDIN"
"Disney's Aladdin" kicks off its first national tour in Chicago on April 11, 2017. You can buy tickets starting Mon., Dec. 5.
"Disney's Aladdin" tickets go on sale at all Broadway In Chicago Box Offices or at BroadwayInChicago.com. The hit Broadway show will play for 12 weeks at the Cadillac Palace Theatre and is sure to be a hit. Get your tickets early!

Check out the trailer below.

"FINDING NEVERLAND"
Speaking of the Cadillac Palace Theatre, "Finding Neverland" is playing there through Sun., Dec. 4. It's the story of playwright JM Barrie and his relationship with the family that inspires Peter Pan (loosely based on true facts). Great sets, music and the cast rocks this show. Definitely a show for the family, although there are a few tear-jerker moments.

See the trailer for "Finding Neverland" below.