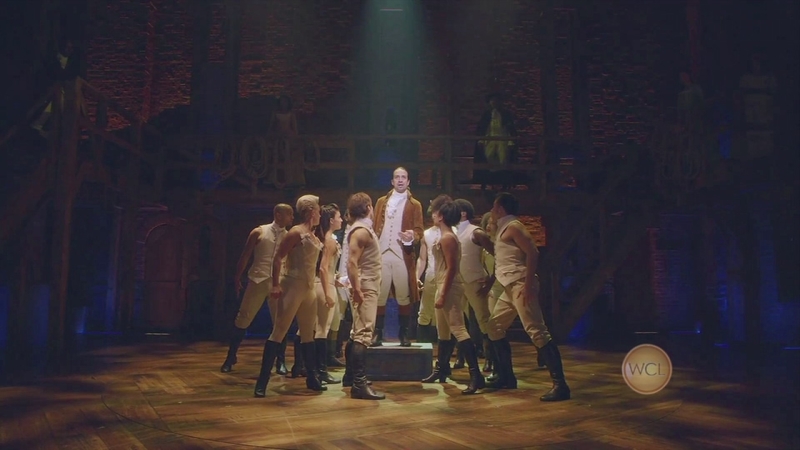 CHICAGO -- Our friends at Broadway in Chicago have pulled off a monumental theatrical coup.

The hit Broadway show, "HAMILTON," will be taking up residence in Chicago in September 2016 at The PrivateBank Theatre (formerly The Bank of America Theatre) with an open-ended run. "HAMILTON" has been the darling of Broadway since it opened over the summer and tickets are IMPOSSIBLE to get. Right now, it's sold out until September 2016.

The show comes from creative genius Lin Manuel Miranda, who also brought us "In the Heights." "HAMILTON" is based on Ron Chernow's biography of Founding Father Alexander Hamilton and is billed as "a thoroughly inventive, wildly entertaining musical about the birth of our nation - with a score that blends hip-hop, pop, blues, jazz and Broadway." I haven't seen it, but those who have say it's the best thing they've ever seen on the stage and it transforms the Great White Way.

"HAMILTON" coming to Chicago is big because this is the type of show that will bring tourism to our city. People will come to Chicago just to see it, and will then spend their money here. Very much like "Wicked" and "The Lion King" when they held open-ended runs, the producers of "HAMILTON" say as long as the seats are filling up, "HAMILTON" has a home in Chicago - and that's great news!

In other news, Chicago's own Chance the Rapper will make his "Saturday Night LIVE" debut this weekend.

The rapper has been blowing up big time. The careers of both Sam Smith and Adele exploded after their appearances on SNL. Adele credits the NBC show with launching her in the US. Let's hope for the same for Chance!

He'll also be performing on New Year's Eve in Rosemont at the Stephens Convention Center. Ryan and Val will be there as well for "Countdown Chicago 2016."

With the holidays here, I'm always on the lookout for some cool Christmas tunes. Pentatonix re-released their 2014 Christmas CD, "That's Christmas to Me," featuring five new songs. If you haven't checked it out, you should. Check out the video for the title track below.