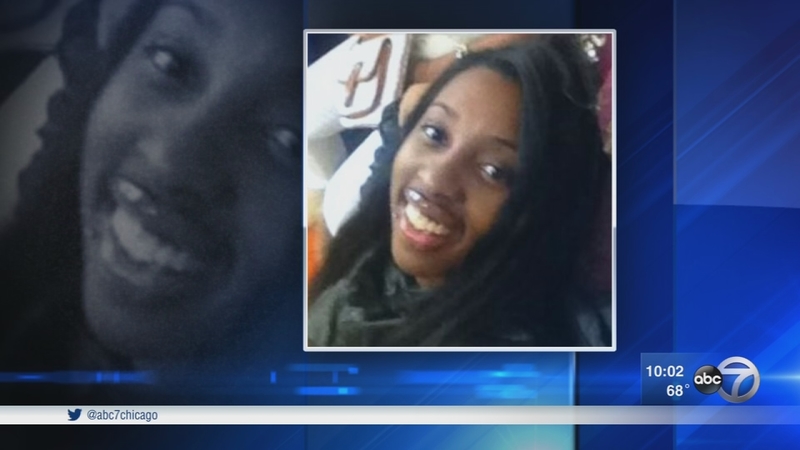 ROSEMONT, Ill. (WLS) -- The mayor of Rosemont is facing tough questions about the death of a Chicago woman whose body was found in the freezer of a hotel.

Mayor Brad Stephens hosted a large group of area business people to talk about economic development and the town's new minor league baseball stadium. But the death over the weekend of 19-year-old Kenneka Jenkins cast a long shadow over the town's good news.

"Obviously it's a tragedy. This 19-year-old gal has lost her life," Stephens said.

Jenkins was reported missing after attending a birthday party on the 9th floor of the hotel late Friday night. Her body was discovered early Sunday morning in a freezer in the basement of the hotel.

Relatives admit there were drugs and alcohol at the party. Her family and numerous activists are questioning how she wound up in the freezer.

"Our concern is that it was possibly foul play. I think that's what everybody's concern is, that there was a possible cover-up of her death," activist William Calloway said.

The Rosemont Public Safety Department said it is analyzing footage from a total of 47 cameras from the Crowne Plaza hotel. Additionally, "certain videos related to the investigation" have been sent to forensic technicians for further analysis.

Video from the party posted on social media has drawn hundreds of thousands of views across the country and has fueled speculation about the case, but Rosemont's mayor said that's all it is: speculation.

"It's unfortunate a lot of the social media posts that are going on and the rhetoric that's going on and that is sort of convoluting things and making things a little more difficult. Because they have to go and follow all those leads at the same time as they're trying to get to the bottom of this," Stephens said.

"Our concern is that it was possibly foul play. I think that's what everybody's concern is. It was a possible cover-up for her death," said activist William Calloway.

Authorities said the hotel has been cooperative and has provided all video surveillance along with access to employee rosters.

Stephens said the Rosemont police chief has met with Jenkins' mother on numerous occasions and promised her that the police will get to the bottom of it. They are expected to show her the hotel surveillance footage, which could happen as soon as Thursday.