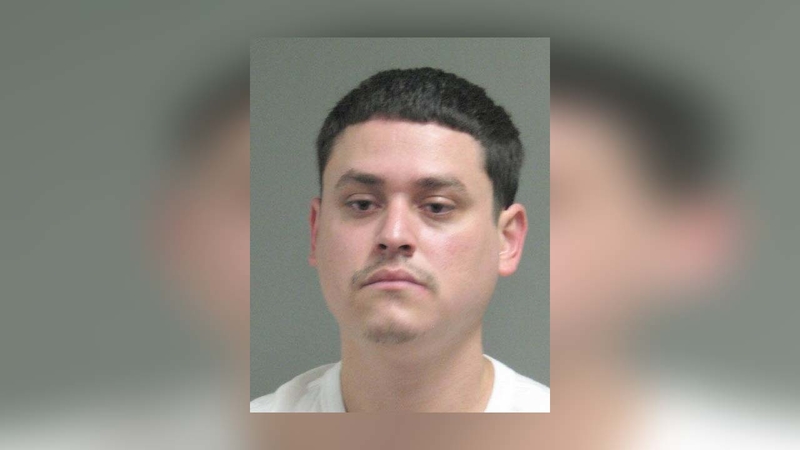 ROSENBERG, TX -- A dog breeder was robbed at gunpoint over two pricey French bulldogs but before the robbers got away, they ran over one of the puppies with their car.

"I never thought it would be this serious, a gun and everything for a dog," said Cesar Garcia, the robbery victim, who said each pure-bred puppy is valued at $2,000.

It happened Tuesday afternoon outside Garcia's home in Rosenberg. Garcia thought he was meeting Jose Cruz, 28, from Houston, to sell him a puppy. He brought out his last two French bulldogs and their registration papers. Moments later, he says there was another man in his driveway with a gun.

"The first thing he did was point at me. I was like, he got a gun, he's going to shoot me. I'm going to run or he's going to kill me," Garcia said.

Garcia ran inside. The armed robber and an accomplice grabbed the papers and puppies and took off. As they were getting in their car, they dropped one of the dogs and ran over it.

Rosenberg police believe Cruz was in on the set-up. He is charged with aggravated robbery and is in the Fort Bend County jail without bond. Police are looking for the other two men.