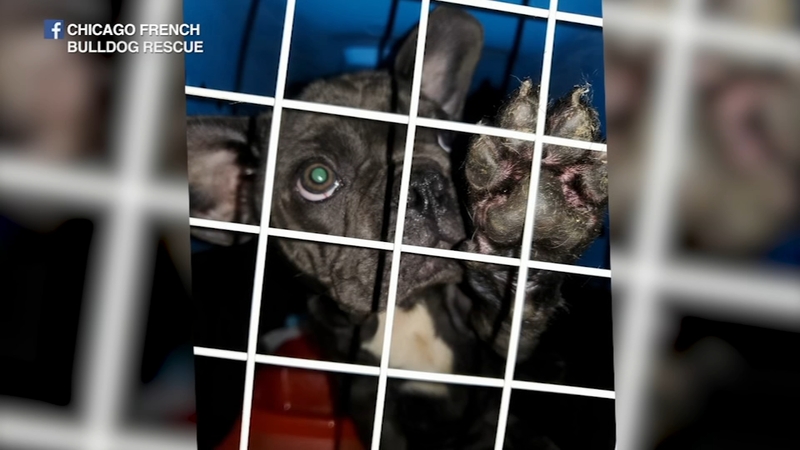 CHICAGO (WLS) -- Animal abuse citations have been issued against a cargo company that shipped several dogs found at O'Hare airport.

According to a post from the Chicago French Bulldog Rescue, back in August officers found 17 French bulldogs that were shipped to Chicago from Jordan.

The dogs were left in cages for three days without food or water.

They were covered in feces, and one of the dogs died due to the unsanitary circumstances, officials said.

The cargo company has now been charged with 17 counts of animal neglect and one that led to death.

All the surviving dogs are being treated at private shelters.