French bulldogs rescued at O'Hare airport won't be turned over for flight back to Jordan, rescue group says 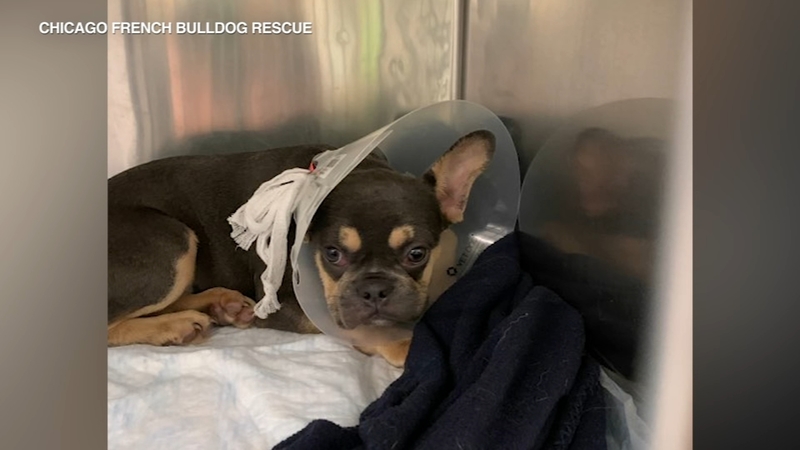 CHICAGO (WLS) -- A group of 15 French bulldogs that were rescued from a warehouse at O'Hare Airport were supposed to head back to where they came from Monday.

The company that shipped the dogs to Chicago from the Middle East last month was cited with animal neglect after they were left for several days without food or water.

The Chicago French Bulldog Rescue has been taking care of the animals since August. The rescue said the CDC ordered the animals to be shipped back to Jordan on Monday, but they are concerned those dogs might be mistreated again.

The group said in a statement on its Facebook page: "Out of ongoing concern by Chicago French Bulldog Rescue for the health and welfare of the 15 puppies rescued from a warehouse at O'Hare International Airport, I have informed all relevant agencies of the government and Royal Jordanian Airlines earlier today that the rescue will not be turning over the 15 French bulldog puppies to anyone tomorrow, Monday at 9:00 am."